Everything old is new again.  Especially in the world of professional wrestling. 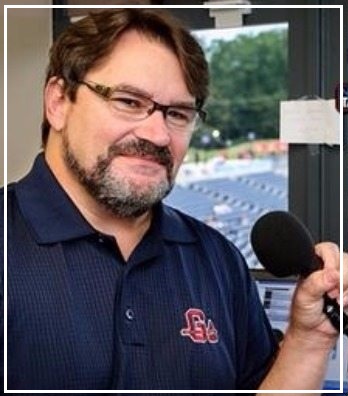 In an era where nostalgia rules the day and many fans pine for the past, a voice of recent yesteryear will provide them with a familiar sound on Thursday night. Legendary WCW play-by-play man, Tony Schiavone, will make his return to the sport to call the action at MLW’s ‘One-Shot’ in Orlando.

The event will take place at Gilt Nightclub and will be Schiavone’s first foray into wrestling commentary in over 15 years. After gaining a reputation as the voice of WCW and Monday Nitro, he departed from the sport full-time when the company was bought out in 2001. A few appearances for smaller companies would follow over the next couple of years, but nothing came of it, so he returned to full-time duty as a baseball and football commentator.

For Schiavone, his wrestling life has now come full circle. After being an almost ghostly voice from the past for several years, he has re-invented himself in the grappling industry. Aside from hosting a local show devoted to the sport in Atlanta, he’s also one-half of the wildly successful What Happened When podcast with Conrad Thompson.

“Conrad contacted me at the first of the year and gave me a pitch on what he thought we could do, as a podcast,” Schiavone said. “To be honest, I didn’t really think people wanted to hear me talk anymore, but he told me he thought there was an audience for it.”

“(Thompson) convinced me to do it. We started the 30th of January and the response has shocked me… It really has.”

Schiavone and Thompson chat about the announcer’s past in the business, focusing on his extensive career in WCW and behind-the-scenes stories. The action can get fast and furious, as the two aren’t afraid to delve into any topic. New episodes of the podcast premiere (quite fittingly) every Monday as part of the MLW Network.

“For guys who watched wrestling back in the 90’s, they want to re-live those years and find out all they can about it,” Schiavone said. “The audience has really gotten into it, so, it’s been a great success for us.” 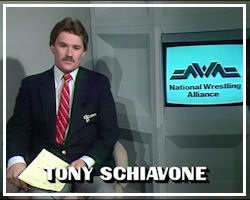 Schiavone began broadcasting baseball for the Crockett family’s minor league team, eventually moving on to Mid-Atlantic Wrestling in 1983, with the encouragement of Ric Flair. The two developed a friendship then that continues today, and during The Nature Boy’s recent health scare, Schaivone says he kept in contact with his longtime friend.

“The surgery was touch and go,” he said.  “And, then about two weeks later, I saw that (Flair) did a promo on social media, and I just thought- damn, he’s kicked out.”

“I think we’re all fortunate that he’s still going to be with us.”

During his years behind the microphone, Schiavone was an up close observer as wrestling moved from small studios and gymnasiums into big arenas and domes. After being involved in both eras, he says he still misses the feeling of broadcasting wrestling from the friendly confines of a television studio. So, in some ways, he has a nostalgia similiar to the fans who listen to his podcast.

“It was just kind of a small, close-knit territory. And, I miss the magic of those days. Because I had been a fan of Mid Atlantic Championship Wrestling, and now, I was involved in it. So, those were just really magical days… I miss that.” 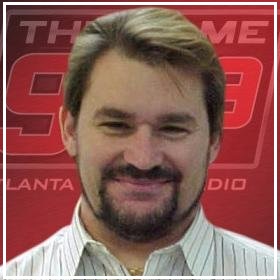 Today, Schiavone is the play-by-play man for the Gwinnett Braves, Atlanta’s Triple A baseball team, and works for 92.9 FM – THE GAME, as well.

So, Schiavone says he’s busier now than he’s ever been, and has no plans of pumping the brakes, despite over 30 years in the business.

“I’m going to die in the booth; I really am,” he joked. “That’s what I want to do. I’m not slowing down anytime soon.”

He’ll certainly be ‘on the go’ this weekend, when he will cover Saturday’s Georgia Bulldogs’ football game, as well as record a new episode of W.H.W. with Thompson on Sunday.

But before Tony Schiavone can get to all those other projects, he will be back on the mic on Thursday in Orlando, when old school meets new school at MLW One-Shot.

“I really wonder if I can do it,” he said. “I know wrestling has gone through a great change in the almost 17 years since I done it and a lot of things are different. I don’t think I’ll have any problems putting over the action, and I’m hoping that I’m still able to do it well.”

“I just hope I can keep up with it now,” he laughed. “I’m just wondering if I still got it. I guess we’ll see.”