Hello, wrestling world!  Last week, I covered the IWC and the more positive people in it.

Today, we’re going to cover a conspiracy theory.  Next week however starts something new.  Along with my friend Roxy, I will be covering a joint-article every 2 weeks with her.  Next week, the subject will be promos. 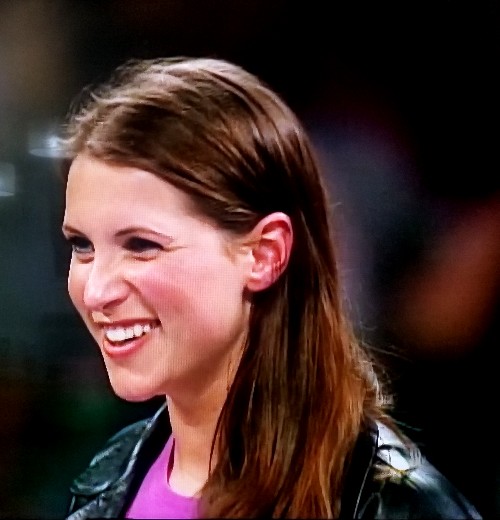 This week, however, we’ll be looking at an interesting story that I found online.

Did Macho Man hook up with Stephanie McMahon?

Now hold on… Don’t crucify me just yet. Ok, so let’s look at the events leading up to this first of all.  Let’s set the scene.

His matches were few and far between, with his last major win being at WrestleMania X.  His last real action in the WWF was on October 31st, 1994 when he saved Lex Luger from Bob Backlund.  All of a sudden, the next week, Vince McMahon announced that Savage left the company.  It was all very fast and very sudden, and by December 3rd, Savage appeared in the WCW.

So now that we’ve laid the groundwork, lets look at this theory:

Sure, Macho Man was inducted into the HoF, he got a DVD about him, and all this other stuff.  But lets face it, Macho Man was one of the most well known athletes in the WWF.  So it makes sense that McMahon gave him all this fancy stuff, because to Vince it’s all about the almighty dollar.  All this stuff made Vince a lot of money, so of course he gave it to him!  When money is involved, Vince is your man.  I mean we all know Vince likes Dick, but that’s another article (and a long running DX joke)

So… why the sudden and almost literally overnight, departure of the Macho Man?  Well, the longstanding theory is the Macho Man made a woman out of Stephanie and Vince found out. Needless to say, the boss was not very happy.

So the details on this are spread all over the internet and were pretty hard to put them all together.  But from what I’ve read, it seemed to be all the talk of WWF and all the top officials, and wrestlers, held onto this theory.  So much so that it seemed everyone banded together for this, and everyone cited it as the reason Savage left the WWF overnight for WCW.  I hate to quote Dave Meltzer (as I think he’s a steaming pile of garbage), but he did have a good quote on this: 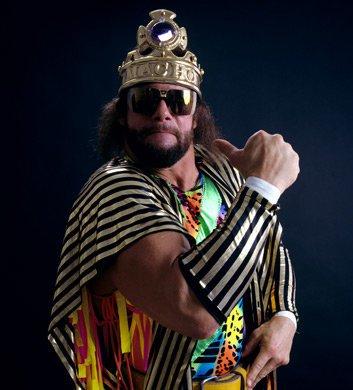 Funny, Dave — considering that you’re a rumor monger yourself.  But anyways, moving on.

It’s weird that a top talent would randomly leave the company overnight. Macho Man was a headliner in the WWF, yet once he left for WCW he never once came back to (later) WWE.

Yet, there were several “second chance” headliners.  Hulk Hogan for example, Vince vowed NEVER to work with him again, yet he came back and was even a champion.  Ultimate Warrior came back and was inducted into the HoF, and his family even runs Connors Cure, a huge charity for the WWE.  Austin came back after Vince buried him on live TV, The Outsiders came back as the nWo, Sable sued the WWE for millions, the list goes on.  They were all welcomed back in the WWE.

Even Bret Hart, who signed ‘W-C-W’ after the Montreal Screwjob, but we all know that was a work.

So all these people came back, why not Savage?  It’s really suspicious, that everyone except Randy Savage was allowed back into the WWF/E.  Jerry Lawler said it was pretty sudden, that all of a sudden Macho appeared on Nitro and Vince was like “wait, what?” literally not knowing until it happened.  But Nitro didn’t start until 1995, and Savage left in 1994.  That’s one joy of Conspiracy theories, is that certain things might not add up.  But neither Piper or George Steel knew either.  In fact, it seems not a single soul in the WWE today knows what happened.  Suddenly Vince McMahon is announcing that there was no more Macho Man, and instead Jerry Lawler took over.  Vince in a classy move wishes Macho Man nothing but the best, and while he looks actually upset, you have to remember, this is business.  This is Vince McMahon, who could sell ice to an eskimo.  He’s a professional actor as well as a fantastic singer (Hah).  So Vince could easily put on a face and pretend.

So if you shagged the bosses daughter, then quit the company overnight and didn’t say a word, what do you think would happen?  Do you think this is why Macho was never let back into WWE?  Forget the merchandise, we know that was just a cash grab on McMahon’s part, look at the bigger picture here.  All these wrestlers allowed back in who left the company.

So why not Savage? Hmmm…

Hit me up on Twitter, @LaurenCR3, but be aware, I may or may not flame you if you’re disrespectful!