This week originally was going to start a bi-weekly review of promos, and how they’ve changed.

But, due to Twitter supporting transphobes and suspending my account for a week, we’ve decided to wait a week to do it as we haven’t had time to work on it.

This week was also going to be about Bray Wyatt, but there’s things that need to be said about the IWC, so we’ll save that for 2 weeks out.

Recently, at an AEW show, Nyla Rose won the AEW Women’s Championship. She is the first transgender woman to ever win a title in any wrestling promotion, ever.  Personally, I see it as a sign of things to come.  Times are changing and so are people.  SHE, and the keyword here is SHE… Rose is a WOMAN, deserved to win the title.  She is a hard worker in the industry, and did a fantastic job in her match-up.

However, typical of the IWC, there are crybabies, little whiners and transphobes everywhere, including Val Venis, who really has no room to talk.  It’s disgusting the amount of hate Nyla Rose has gotten in her reign.  From people claiming she is a man (She is not), to people saying “Men should not hold the title.”  But you never heard of anyone bitching when Chyna was in the Royal Rumble, feuded with Chris Jericho, won Intercontinental Title.  Why?  Because the Internet didn’t exist then.  The IWC was not around.  The whining little crybabies had no platform to spew their hate.  However now with Twitter, people are free to spew their hate filled toxic rants.

With her winning the Women’s’ title, the floodgates of toxic comments opened up. 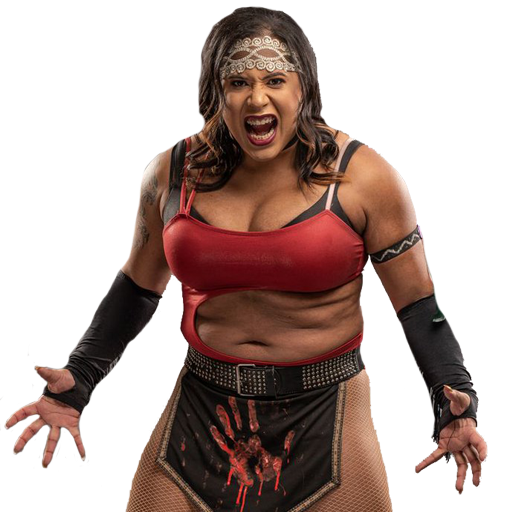 “A man shouldn’t hold the Women’s title” But its ok for a woman to hold men’s titles?  Nyla Rose is a woman.

“A man shouldn’t be in the women’s division” What about Santina Marella?  But again, Nyla is a woman.

It’s become a real problem lately.  People spew hate and vile things, then when we jump to the defense of who they’re attacking, us good people are the ones suspended.  It’s a real issue, with platforms like Twitter relying on bots and reports to suspend people.  I ran an experiment after this happened to see what would happen.  I made 4 burner accounts (No one knew about them, they were solely for this experiment), and had each one post something homophobic, transphobic, racist, and something nice.  I then used my own personal three accounts, my main, my backup, and my Final Fantasy account, and reported all four tweets.  However, each of the hateful ones, I reported once with 1 account.  The nice one, I reported three times, several times a day.  Guess who got suspended?  The nice comment one.

This is a major problem in the IWC, which as I wrote before can be very toxic.

A group of people can gang up on someone and report them and get them suspended.  Yet, somehow Carbuckle is still around.  Who knows?

If you can report someone over and over and over and get them banned for saying nice things, why not use that power for good, and suspend the actual people causing problems?  It’s sickening how people want to ruin the lives of others.  We recently had one person pretending to be 2 other people calling people out for being into minors, since we can’t say the P word.  On multiple occasions he would call people out for no reason, and “smash” that send button, and everyone would bandwagon report them, until it was found out he was a liar.

Don’t be that guy, people.  Get the full story.  Learn what’s happening.  Don’t call transgender people by their former sex.

I also said I would list some more positive people this week, so let’s get started!

@rexkwondox  Nadine.  Always friendly, and a great person to follow.

@doitwithflareon Nation of Bexnation, Triple Bex, Bex Pac, you never know what name she’ll come up with next.  Bex was one of the first people I ever followed on twitter for wrestling, and she’s a great person all around and full of great information.

@CrossFitGoddess Always has good things to say about people, despite all the negativity in the community.

@S_M_Phoenix She’s offensive.  Totally offensive.  She’s the most offensive person out there to be offended by.  But really she’s awesome, and very nice!