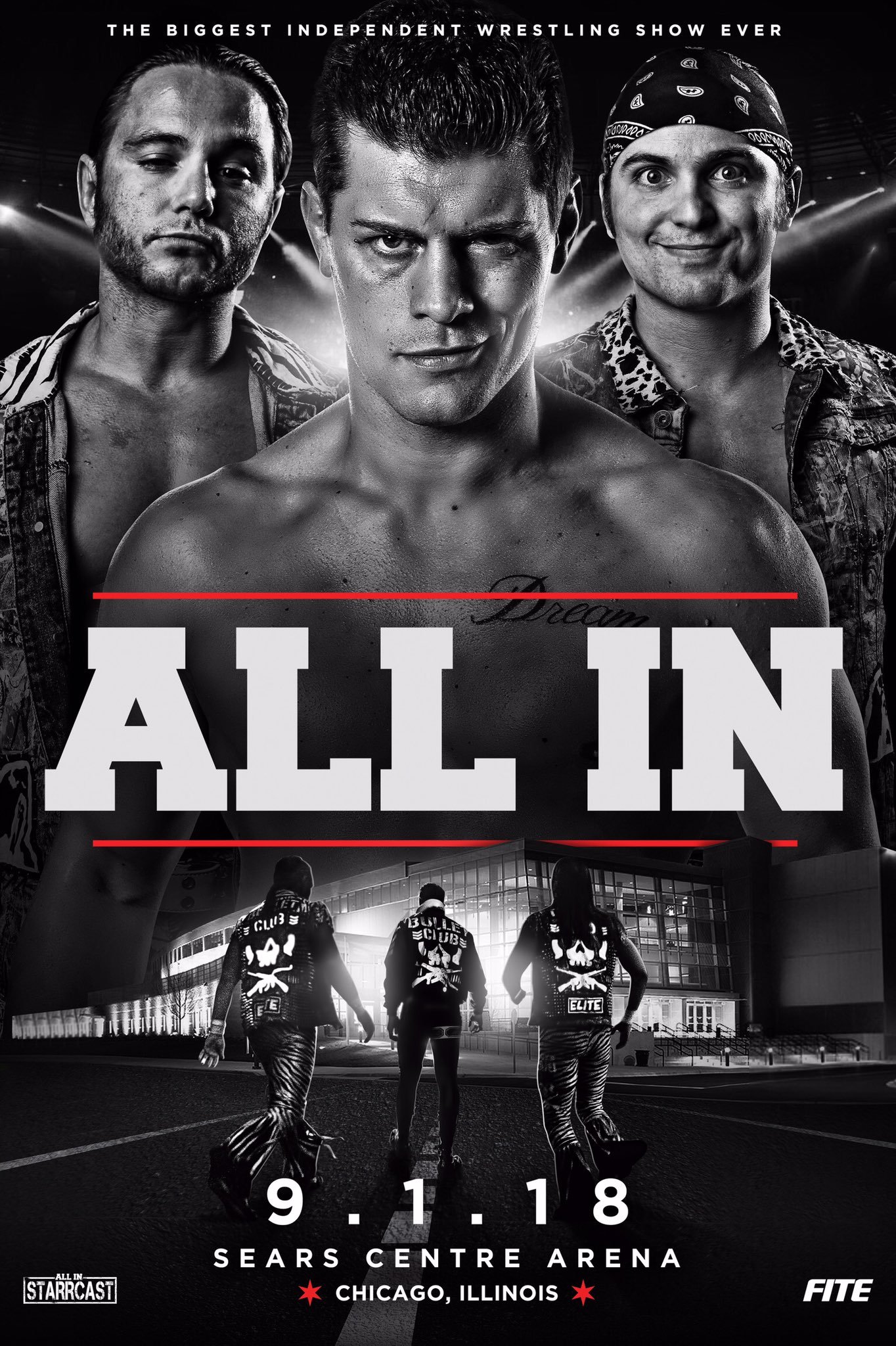 In the wrestling ring, it’s impressive when a competitor can claim victory in a short period of time. How about a wrestling Pay-Per-View event that sells out in a mere 29 minutes?

On Saturday, September 1 (6 PM ET/3 PM PT), WGN America will air All In: Zero Hour, the live event to a PPV special being hailed as the biggest independent wrestling event ever to take place.

Broadcast from the sold-out 11,000-seat Sears Centre arena outside Chicago, All In: Zero Hour is the pre-show for a first-of-its-kind event that is the brainchild of Cody Rhodes & The Young Bucks partnering with their home promotion Ring Of Honor (ROH) as well as Tokyo-based New Japan Pro-Wrestling (NJPW) and Smashing Pumpkins frontman Billy Corgan’s revitalized National Wrestling Alliance. The All In: Zero Hour event will feature many more … Read the Full Story HERE