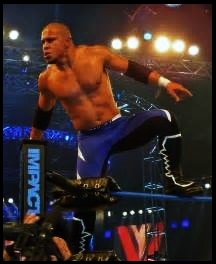 For Low Ki, it’s been a 15-year journey to this ‘Destination’.

He originally entered a TNA ring way back in 2002, to vie for the inaugural X-Division championship, in a four-way dance that also featured notable names like AJ Styles, Jerry Lynn and Psychosis.

When he returned to Impact earlier this year sporting a ‘hitman’ gimmick, he went back to his roots, immediately capturing that same X title. It was his fifth time with the belt, in a division that he helped pioneer.

However, after dropping the championship to Sonjay Dutt a month later, Ki decided that it was time to take things to a whole, new level. Now, it appears his journey is about to come full circle, as he and Global Force Wrestling head to Destination X on Thursday in Orlando (Pop TV, 8 PM ET).

“I made it very clear, my sights were set on (then-champion) Bobby Lashley,” Low Ki said. “I let everyone know that I was not going to be corralled in the X-Division, but then Alberto took the belt off him. So, my focus then switched to Alberto.”

“I’ve set out goals and I’ve went out to achieve them. I’ve been fortunate to have done everything I’ve set out to do, with the exception of a world championship. Now, it’s time to achieve that goal, as well.”

That’s when he made a decision to align himself with Konnan and his Latin American Xchange faction. It’s a partnership that Low Ki says has actually been in the making for quite some time.

“It’s been something that’s been brewing for over ten years; Konnan had wanted me to be a part of LAX originally as early as 2005 or 2006,” he said. “He was really pushing for that to happen, but it didn’t work out in that fashion, at the time. So, this has been a long time coming for us, to be aligned in this way.” 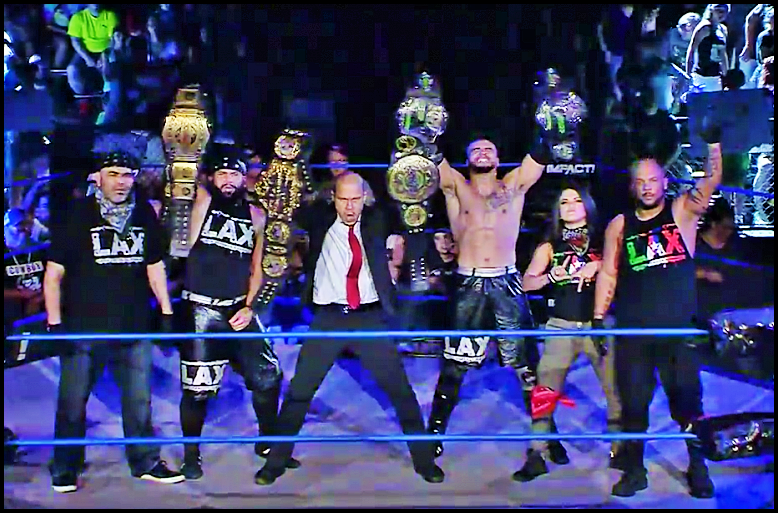 “And now, it’s become even more important because we have three, new young members, which is another development stage in something we’ve done before,” he continued. “Homicide and myself coming out of New York, bringing that New York style. Except now, we didn’t just do that on our own, we did it with our family. This is an extension of that now in Global Force.”

And Low Ki says for his crew, LAX is much more than just a pro wrestling gimmick, it’s a celebration of Latin culture.

“It’s also about expanding Latin awareness,” he explained. “With the embargo lifted, I want us to go into Cuba. I want us to expand and go into areas that have never seen us before.”

“We have the history and the understanding of culture to get things like this done. And, it’s going to be positive for everyone involved, not just LAX.”

He’s been on top of a promotion before, being crowned the first-ever Ring of Honor champion in 2002. But, that was long ago, before that company had worldwide recognition. This time around, the stakes are much, much higher.

Now, with the Latin American Xchange behind him, Low Ki stands at the cusp of the biggest prize in Global Force Wrestling- the World Heavyweight title. He was originally scheduled to battle Albert el Patron for that very prize at Destination X, but those plans went askew when el Patron was stripped of the belt on Monday.

“As wrestlers we train for particularly who we are facing,” Low Ki explained. “Alberto is a different pedigree of performer than the previous champion in Lashley. Training this whole time for Alberto- and, now that this has been thrown upon us- it’s a little bit disruptive. But, preparation is what’s going to carry you.” 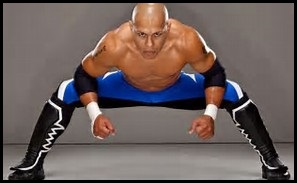 “What’s done is done. We can’t do anything but move forward, so let’s figure it out.”

Much of his immediate future will be decided on Thursday night, when GFW official Bruce Prichard has promised a huge announcement regarding plans for the vacant world title.

“I know in the past, they have had multiple-man matches to see who can scramble for it, and I know they’ve done that several times in the X-Division” he said. “I would hope it’s not a multi-man match, because it’s more preparation. I’ve been preparing for a heavyweight and for world class competition for a long time.”

Regardless of the decision, Low Ki knows he will be one of the names in the main event mix and a contender for the championship. As far as his opponent, he says he is ready for anyone who stands between him and the gold.

“As a professional, you show up to work every time, to do the job every time. And, as they say, the show must go on. I’m prepared and ready to go, and if Lashley is occupied with Matt Sydal, then I’m interested to see who steps up.”

When the situation is sorted out, the veteran will find himself in some kind of main event spotlight on Thursday. Low Ki says it’s just another step in his storied career. Even after this long journey, he has no intentions of slowing down now.

“I had an opportunity to be in a situation like this many years ago, so it’s interesting to be in this situation now. Even if it were to end tomorrow- how I’ve done things and what I have done- I would hope people would think was done for the right reasons, and out of respect.”

“As a competitor, you always feel like you have a little something left in the tank. And for now, that’s going after the world championship.”