I was asked a very interesting question yesterday.

I was networking at one of the three local chamber of commerce’s breakfast events in the county.  I was asked if we sell DVDs at shows, so people can see what we actually offer. No, we don’t, but our shows are available on a multitude of platforms including Roku, Youtube, Twitch, Pivotshare and FITE.

This person said to me with a totally serious expression, “Do people actually watch stuff like that? Why isn’t there anyone from the local area on your poster? I bet that so-and-so from the radio station would love to be in a pro wrestling show.  People would show up to see that. People love to watch people make fools of themselves.”

So I asked her this:  “What do you think we do at our shows?”  (Please note that she and I have been friends for years through the chamber.  She loved my former business and has never quite gotten over why I changed paths.)  So she said, “Well people come out in sweats and funny outfits and pretend fight. It’s just something silly that you go to laugh at like people doing lip synching.” 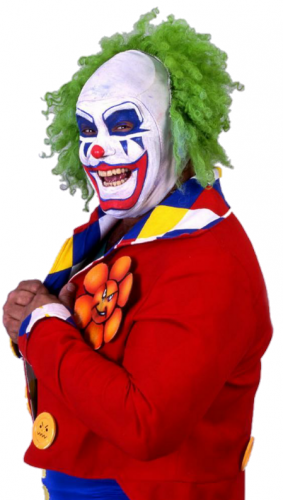 How sad is it that people still consider wrestling to be so “carny” and just a joke?  It really burned my butt and I had to step back and take a really deep breath before I morphed into a mega-b*tch and ripped her head off.  Slow deep breath time…. Exhale.

I patiently explained that, “No, we do not use local personalities or people who have dreamed of getting in a ring.  Not only is that unsafe for the people in the ring, it would have zero appeal to it. We use trained professionals that spend month/years learning to protect themselves and their opponents in the ring.  She said, “but people would rather see someone local in the show.”

So instead of trying to explain the difference between using a trained pro wrestler and using Bob who hasn’t wrestled but watched the WWE on television, I decided to go visual and let her see what the performers who have appeared at IGNITE do in an actual show.  So, I whipped out my phone, plugged it into a tv monitor and said, “Let me show you what you can expect at an IGNITE Wrestling show.” And I played a teaser clip that features show clips from our venue. Can we just say that she was speechless? Looked like someone tossed a guppy on the table.  Finally she sputters out, “Those are your wrestlers? They are amazing, I had no idea you used real wrestlers.”

Real wrestlers.  As if there are pretend ones that we would use.

Sigh…  such is life as an indy promoter.  So many misconceptions.

If people only knew how hard that wrestlers work to learn the craft, train, hone their bodies and invest in their gimmick then they might realize how absolutely insulting it is to consider them in the same breath as someone jumping around and lip singing for laughs and applause.  These amazing athletes work multiple jobs, drive for hours to perform in drafty venues, miss out on milestones and family events all to chase the dream of being on the biggest stage in the sport. 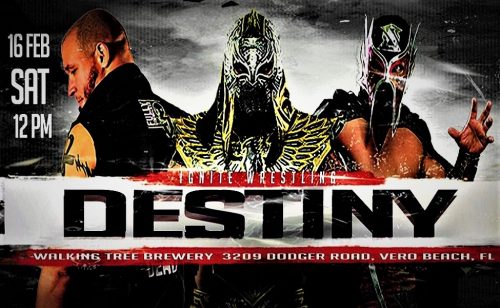 Is it a joke when someone breaks a leg, blows out their knee, or damage their necks?  This is just something that has bothered me for a while now. People who don’t “get it” just don’t realize that wrestlers are athletes not clowns out there making you laugh.  Apologies to Chuckles The Clown, who is am amazing wrestler and entertainer but you get the gist. Athletes come in all shapes, sizes and sports. One sport is not superior to another so why is there is misconception?

Despite the storylines, costumes, valets, you name it….wrestlers are athletes.  The serious ones train, eat right, work smart and keep an eye on the prize. Oh don’t get me wrong, we have wannabes in the sport.  They don’t dedicate themselves to that degree. They do a handful of shows a year and in their minds, the WWE is a phone call away. Umm.. not.  But for every Dezmond Xavier and Serpentico out there entertaining you there is someone with a body like mine featured on some trashbag wrestler site.  And we will never weed them out of the sport.

But we can change the conversation and the misconception by showing what wrestling can be.  We take it out of the comedy zone and put it in the sports category. We got this. So until next time, ignite your fire, and follow your dreams.