Recently, I read a tweet that said “Well I’m exactly like that guy but look at where he is going, why isn’t that me?”

You answered your own question in asking.  If you are a copy of someone else. why does a company need you? Be different or work to be better in the ring.

Gimmicks in wrestling have long been recycled, modified and influenced by past gimmicks. Borrowing or being influenced from the past can be okay but it’s another thing if a character is a blatant knockoff.

I’ve noticed over the years that gimmicks used in other parts of the country or world have a way of making themselves to the WWE or the indies. When Andre the Giant was “suspended” by WWF President Jack Tunney for no showing an event back around 1986, Andre returned to the company under a mask called “The Giant Machine” hailing from Japan. The look of the mask, the name and the location were all copied from a Japanese wrestler named Junji Hirata. 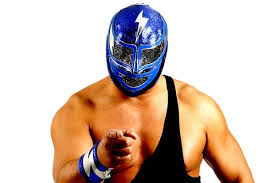 Hirata had a masked gimmick in Japan years prior to the Giant Machine gimmick in the WWF where he was named The Super Strong Machine. I guess Vince McMahon felt that Japan was far enough for wrestling fans not to know the gimmick was already being used.

If that’s not enough of coincidence of blatant ripoffs of gimmicks then look at indy wrestler, announcer and manager “The Devil Himself” Derek Drexl. Also known as the Human Horror Show, his appearances around the country have spawned a legion of outright copycats. From his gear, facial paint, masks and name there have been some poorly done Human Horror Show gimmicks pop up across the indies..

Not even managers are safe from others trying to copy what’s been done before as we have seen with Brother Love who was a character in the WWF that debuted in 1988. It was their take on the whole televangelist craze that were so prominent back at that time. Love had his own talk show and would manage the likes of the Undertaker and the “Sisters of Love.”

Earlier that year, Continental Wrestling based in Memphis, Tennessee had their own character named Brother Ernest Angel. He also had his own talk show called “Quiet Time” and he carried “the good book” which he used as a weapon. He also managed a team called the Choir Boys whose gear made them resemble altar boys.

It seems every indy show seems to have someone doing the “smartest man in wrestling”, “guy in a sports coat talking loudly”,and my least favorite is the valet who is doing a bad Harley Quinn impression. What happened to originality and standing out in a crowd? Are we so jaded that we can’t take the time to invest in ourselves and make ourselves unique by look, name or moveset? 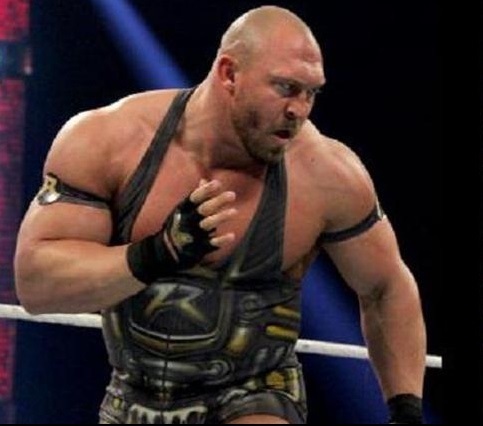 Don’t wrestlers realize that we as promoters don’t need an entire roster for show of bald headed dudes with a beard? We want to be wowed. We want to be caught up and want to be entertained.

We want to see wrestlers developing the characters you root for, characters you hate, and characters who fall somewhere in the middle of this spectrum. It doesn’t matter if you are a “face” which is a good guy, a “heel” which is a bad guy, or a “tweener” is someone in between just adopt one character and stick with it. We want to invest in you and not in someone testing out multiple names, gimmicks and gear changes. It’s too damn confusing. Make a decision and invest it.

And while we are on the topic, each wrestler should develop their own unique moveset, which separates them from the rest. Any wrestler that you happen to watch for an extended period of time will definitely catch your attention with their moveset, at the very least. I know that when I see Santana Garrett with her shooting star press or Lio Rush hitting his frog splash that it is their recognizable finisher that the crowd instantly pops for, and end up being a pretty big spectacle when it hits.

However, it’s imperative for wrestlers to make sure that their moveset is unique and is also associated with their character as well. This requires the efforts of not just the wrestler himself, but also from the other people in the back, who should do the right thing and not go out there and do the same exact movesets of their fellow wrestlers. Of course, there will always be some moves that are so universal that it is fine for multiple wrestlers to have it as a part of their moveset (the clothesline and chops come to mind), but wrestlers need to take care of their other moves. Trust me, as a fan and a promoter I do not want to see every match having a superkick and the same dive to the outside. Boring and unoriginal.

So you need to ask yourself if you are a copy of someone else why does a company need you? Be different or work to be better in the ring. Seriously, work with your trainer, talk to your promoters, fellow wrestlers and work on setting yourself apart in a sea of guys and gals in the ring. Until next week, ignite your fire, and follow your dreams.