This past week, a new promoter/booker was complaining on social media about all the new “friends” and “wrestle family” he had suddenly acquired once word got out that he is now booking for a new company..  I have to agree with him that it’s a special level of frustration to have all these people that aren’t there for you until you have a platform and payday available.

I noticed this myself when I started out.  Suddenly wrestlers who had never really said more than two words to me or given me the time of day were calling me Mom and talking about family.  Umm, I don’t recall giving birth, adopting or even being more than casual friends or social media acquaintances.  Do you really think that would spark some maternal instinct and I would be powerless and must book you?  Seriously?  Pfft.

Now before you all lose your collective minds, I’m not crapping on close knit groups that are familia in wrestling.  I have nothing but mad respect for the Lucha World Order (Lince Dorado, Jon Cruz/Serpentico, Angel Rose/Diamante, Jay Rios/Oraculo, Mecha Wolf/450) who have had each other’s backs through thick or thin. But this whole “wrestling family” crap that certain individuals have been flooding social media is just is so nauseating that I just want to overdose on Pepto Bismol at times.

Just be clear, I’m talking about that person who barely wrestles but everytime someone gets on NXT, MLW, ROH or IMPACT, there they are talking about their wrestling brother or sister. Just wondering where have you been during their injuries, rehab or other personal problems?   It’s all well and good to be supportive but you aren’t actually supporting their hard work and endeavors.  You are angling for a booking when you haven’t paid your dues, put in the miles, work and just sit back on social media.  News flash, social media posting won’t dissolve ring rust, teach you solid basic moves or improve your cardio.  Hard work and training does.

We all know someone in wrestling or any industry that does this.  They try to make an intimate connection whether is it by pet names, trying to push a relationship (brother/sister) or even try to push the ethnic connection by posting, for example, in Spanish to try to foster a tie to you any way they can.  Suddenly they are all about what you watch, what video games you play, and agreeing/praising everything you do and say.

You know what?  This behavior has to stop now.  It’s hard enough to get ahead in any industry without the toxicity of fake friends.  Yeah I said fake friends.  I’ve sat back and watched interactions on social media and listened to wrestlers, promoters, bookers, and fans complaining for three years now about how they have been manipulated, lied to, and used.  And you know what?  It’s time for us to put our collective foot down and stop this behavior as much as we can.

This past week, I had someone who hadn’t spoken to me in nearly two years hit me up for a booking.  I know this person hasn’t been working actively for most of the time and through whatever life circumstances has decided to make a return.  I respect that but, that doesn’t mean you hit me up after unfriending me and I just trip and fall over myself because you called me Mommy or Mama to give you a booking.  Naw dude, you don’t get that consideration.  Go train, get in shape, work for a while and then approach me.  I’m not your Momma and calling me that doesn’t rocket you to the front of any line in my company.

The person I referenced in the beginning at the article had it right when he said, if you weren’t there for me when I was down or needed you, why would should I give you a payday and a platform?  You don’t have to be bffs but at least be friendly in some way.  Check in, like posts, share posts, just don’t go dark till you hear there is a show or opportunity and then say “hey brother”, since you are no family in any way to that person.

Think about it, are you there for your friends while expecting nothing in return or are you fair weather friends who only pop your head up like a meerkat when you smell a payday?  Something to think about so until then ignite your fire, and follow your dreams. 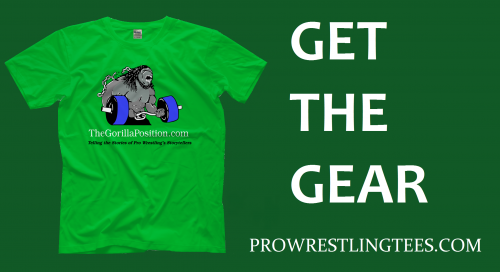