This has been a tremendously sad week across the Florida independent wrestling scene as one of our own, Rex Bacchus, lost his battle with stage four liver cancer.   This incredible young man was an inspiration to us all as he fought for the second time against the big C but never let this pain and suffering stop him from spreading positivity and focusing on his pet projects.

As Rex battled, he still organized a Christmas toy drive for children hospitalized and fighting against cancer.  He appeared on national television on MLW; He spread hope and told others to pay it forward as he watched his days draw to close.

We are all so caught up with day-to-day crap that is our lives, that we forget about others.  We forget somewhere, someone is facing insurmountable odds and needs our support. It doesn’t mean monetary donations, even though that is helpful but are we even acknowledging the struggles of others or are we laser focused on the minuscule details of our lives.

Let’s not mourn Rex Bacchus but we need to remember, celebrate and enjoy the moments he gave us.  Rex came to the sport when most wrestlers are wrapping up careers after working as a stand up comedian.  He wasn’t shy and had one of the most infectious sense of humor that was wicked at times. I met him in 2015 and he immediately became a good friend on social media.  So when I created IGNITE Wrestling, it was natural that he would be one of our key roster members due to his popularity and overall great work ethic behind the scenes.

I wanted to share a story from our August show that may not be public knowledge but it just shows what a huge heart that Rex had.  Many may not know that Rex has a younger sister who has special needs and he’s got a special place in heart for disabled individuals and children.

Well, one of the local group homes had brought a vanful of residents to our show and Rex stopped his ring entrance to take the time to hug and greet each of them.  He took photos, gave them autographed photos and was there at intermission and post show to talk to them and give them a special day. That’s the kind of guy he was.  He never let people leave a show without a memory to cherish. 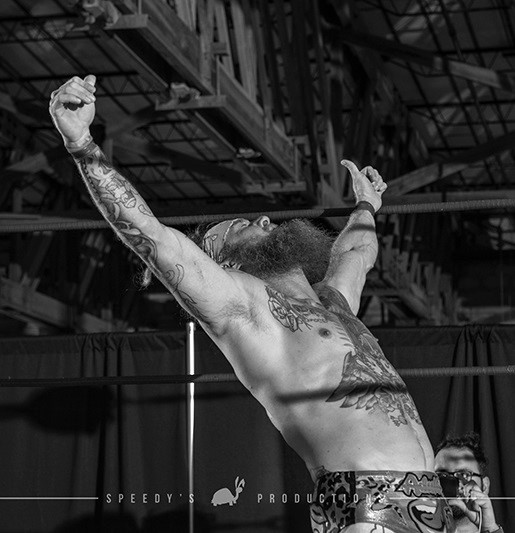 Are we so caught up with getting from Point A to Point B, that we forget that each show is someone’s first experience or could be their last?  Have we taken the time to say hello? Give a hug or handshake, and make people feel a connection? That’s just as important or more than the match.  Have we created a memory that will stick with someone long after that day has ended? That’s our legacy more than a move-set in a ring.

His mother posted the following on social media and nothing I can say sums up how he lived his life more than this:

“My soul is rejoicing, but my momma heart hurts so bad. My oldest son Chris (Rex Bacchus) Sims, WON his battle with cancer as he entered Heaven’s Gates Thursday morning. Chris fought like the wrestler he was and never gave up. Throughout his struggle with the horrible disease, he worried about making sure his fiance, and myself were prepared with what we needed so that wouldn’t be a concern on top of the hurt we would be experiencing. His passion for life shows in the fact that he lived more in 35 years than most of live in a lifetime! He was smart, funny, compassionate and caring and he lived life to the fullest. I am so thankful his suffering is over and I thank God for giving him an eternal home with no pain. I will forever miss being able to make new memories with him, but I will forever cherish the moments we had!”

Again I say, why aren’t we all more like Rex?

It is my fervent hope that after this that we all become more like Rex. We all care more deeply, feel more deeply and show people compassion.  We take the lessons in life that Rex has given us and we apply these to our daily life. We honor Rex.