Hulk Hogan defeats Yokozuna by disqualification, in the Hulkster’s final WWF match after nearly a decade with the company.

Returning to the WWF in late 1983, Hogan’s rise to global prominence coincided with the company’s. Behind the marketing machine of promoter Vince McMahon, Hogan reigned as WWF World Champion, became a mainstream celebrity, and established a dominance over the business in the 1980s.

After taking some time off to pursue a television career, Hogan returned to the ring for WCW in July 1994. He would not return to the WWF until early 2002. 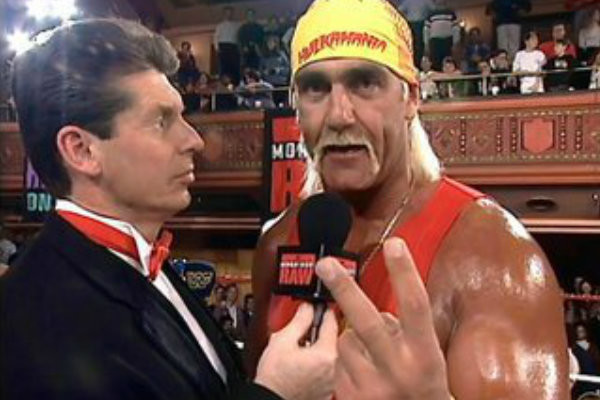