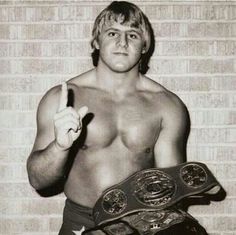 Owen Hart dies when an equipment malfunction occurs during his entrance from the rafters of Kemper Arena at the WWF’s Over the Edge pay-per-view event.

Hart had been attempting to repel to the ring as part of his ‘Blue Blazer’ gimmick. At some point during the stunt, Hart’s rigging became disconnected, causing the tragic fall.

The company would pay homage to Hart the next night on a special episode of Monday Night RAW in St. Louis, Missouri, entitled ‘RAW is Owen’. Hart was survived by his wife, Martha, and two young children.

He was just 34 years old at the time of his passing.