As one of many who simply can’t “get into” empty arena wrestling, where WWE trainees serve as a sparse audience, feigning excitement, in an utterly antiseptic environment, I haven’t been watching much wrestling of late. Oh, I’ll do some old school on You Tube, and am looking forward to NJPW returning in July with actual fans, but other than that there’s not much to satisfy me. So sometimes my wrestling fix involves interacting on social media with the fan base.

What I therefore enjoy more is this old chestnut: “Write An Opinion on Wrestling That Others Would Find Controversial.” Now THAT’s something I can sink my teeth into.

So here’s my top 5 “best of” controversial opinions:

1. If you have hundreds or even thousands of dollars for a WWE show or merchandise but don’t have a few bucks for a legend in need’s gofundme, you’re probably not the super fan you think you are.
2. If you post that you “miss Chris Benoit” at 3AM you’re creepy.
3. If you don’t realize how creepy it is to post you “miss Chris Benoit” it’s even creepier.
4. If you post that you “hate” John Cena or Roman Reigns or ANY wrestler, you’ve crossed a line from fan to obsessive.
5. And finally, if you rise in indignation at any criticism of billionaire Vince McMahon, you probably should look at things from the side of the wrestlers instead.

And that’s my “how to make friends and influence people” from Uncle Evan. 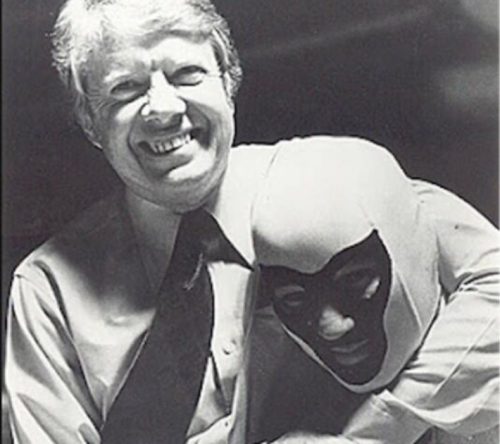 If you actually had a Mount Rushmore of Masked Wrestlers, Mr. Wrestling II would definitely be on there.

The announcement of his passing made the rounds this morning. Johnny Walker, who had a legendary career and his greatest success as Mr. Wrestling II, was a perennial headliner, beloved in Georgia, and transcended wrestling when he took a famous photo with President Jimmy Carter, which got mainstream exposure pre-Internet.

I’ve been reminiscing in each column about my 1970’s WWWF memories. The second card I EVER attended was in July ’74 and headlined by our sacred hero Bruno Sammartino against my all-time favorite heel in John Tolos. Now most of you are going to go, “Who’s THAT?” because history hasn’t been kind to the Golden Greek. His longest and greatest run was in L.A. where (heel) Tolos vs. beloved Fred Blassie was the first wrestling closed circuit event beating out Wrestlemania by over the decade. So, the braintrust at that promotion taped over ALL their TV tapes to save money. Yes, you read that right. One of the greatest talkers and villains ever to step foot in a ring, his taunting of “spaghetti bender” Sammartino back then were strong fighting words (hey, they were simpler times). Well, I got to see the drooling, snarling, taunting, “Maniac Tolos”, the “Golden Greek” week after week on L.A. TV in NYC and man, he was on fire at the time. BUT- Bruno vanquished him with a backbreaker that cherished night and Tolos was not to be seen again in WWE until his ill-fated Coach stint managing Curt Hennig. At that time the always “brilliant” Vince put a whistle in his mouth, and didn’t let this amazing promo guy talk. Mind-boggling and just one of many Vince killed dead. Regardless, whenever I hear his name I think back to his catch-phrase “How do you spell Tolos? T-O-L-O-S! Man, did I ever love that guy and still do.

On June 14 from 1-11pm EST, wrestling authors unite in a virtual wrestling-themed conventions for uncertain times on FITE TV. Every 45 minutes, new wrestling superstar and/or author/historian video stream this interactive Q&A broadcast. Focusing on wrestling books and history, there is something here for every fan. Names include (but not limited to) Hacksaw Jim Duggan, Demolition, Sid Vicious, Lanny Poffo, Brutus Beefcake, & Eric Bischoff interviews Guy Evans, the author of NITRO. I’ll be regaling you at 4pm. ASK QUESTIONS LIVE: Bob the Slob & Deadly Ed Bratz are back! Once the show starts, fans are encouraged to engage with guests, just like a comic-con panel. To do so, head over to the Facebook Group facebook.com/groups/wrestlingbookmarks and post on the live feed.

Yours truly, along with West Coast based indie heel manager Buddy Sotello, have started a unique show, Wrestling & Everything Coast to Coast, where we have hour long interviews with unsung heroes of the wrestling industry. This week we speak with special guest Eric Shaw: Promoter of Wrestlerock, All Cities Networking Group and Bankruptcy Recieverships. Listen here.

That’ll about do it folks. Catch you next week for Wrestling- Then & Now.