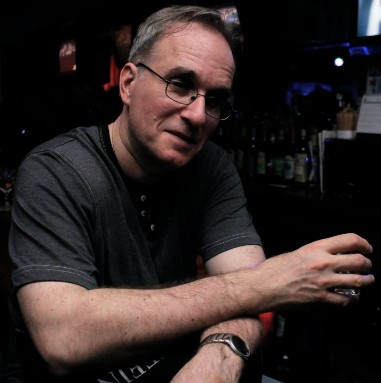 Well folks, America is seething and the pro wrestling world and Internet Wrestling Community are right in the thick of things.

Ryker, of the Forgotten Sons entourage said he is “thankful” for the President. Well, in 2020 you’re basically dividing your audience in half any time you make a political statement. Considering Vince is a heavy Trump supporter and personal friend it should be interesting how THIS drama plays out for all concerned. Will it affect the pushes- for better or worse- of any of those involved in their now public debate? May just be time to bring back Brawl For All – The Republican vs. Democrat edition.

— Speaking of WWE, billing Edge vs. Randy Orton as the “greatest match ever” is almost comical and sets up ridiculous expectations. What if it’s “just” a 4-star match? Or not even that good or doesn’t compare to their first battle- which ironically Dave Metlzer and other wrestling journalists panned? It almost wreaks of desperation to “go there” with the overhype.

— And here’s a hint for public figures who just need to post something on social media. Never, ever use the word “ALL” because you’re ultimately going to prove yourself wrong. Linda Hogan’s getting an awful lot of heat for saying, “watching the looting, it’s all Afro-Americans.” Now, the woman has every right in the world to decry looting- Mr. Floyd’s own brother did just that himself in a poignant public statement. But to say that “all” of the looters are of one color is simply untrue and the videos prove just that. She was “rewarded” for her comment by AEW owner Tony Khan who banned both her and Hulk Hogan from all his company’s shows.

— RIP to Death Match wrestler Danny Havoc. I saw him live in 2007 over at CZW for their notorious Cage of Death bloodbath. We had Darren Aronosky, Mickey Rourke, and others from the team in tow as we were doing research for The Wrestler movie. Well, what we found was that backstage was like a M.A.S.H. Unit and these guys were willing to do basically anything and everything to pop the rabid crowd.

The memorably violent match featured two now deceased Death Match legends in Havoc and Brain Damage. It was 2007 Team CZW – Necro Butcher, Danny Havoc, Toby Klein and Drake Younger taking on Team MBA- Brain Damage, Scotty Vortekz, Diehard Dustin Lee and DJ Hyde. When I asked Mickey Rourke what he thought of the bout he said, “It was fucking wild.” And that’s a quote. By the way, Drake Younger is now a referee on Smackdown. That’s an interesting career path- from mutilating yourself at CZW to family friendly PG-rated WWE. You just never know in life.

— Getting away from death and chaos for a bit, I’m looking back at the WWWF of the 70’s each column for some great memories. On the very first card I ever went to- June 24, 1974 I entered the arena an awestruck kid. As I usually watched wrestling on our Black and White Motorola TV with the huge V shaped antenna on top, it was almost a shock to walk into the mecca, Madison Square Garden and realize, “Wow! They’re in color!” One of the great memories of that first card was Japan’s legendary Giant Baba meeting the massive Gorilla Monsoon. I’ll never, ever forget the image of them both on their knees mid-ring, chopping each other in the chest while the fans roared and the building shook. And since I’m on the subject of that magical night, let me share with you the results of that now nearly half century ago card:

— In a world dominated by Vince McMahon, independent wrestling promotions continue to entertain fans in small arenas and use social media as a tool to expand any town hall, gym or church into an audience of thousands. The resulting over-saturation of content has made it difficult for any die-hard fan to enjoy all the amazing talent available in one place, until now. Roach TV is a live reaction series, free on YouTube, featuring indy pro wrestling matches from over 130 promotions and counting. As part of the initiative to unite all promotions under one roof, host Alex “King Roach” Montañez will be offering free marketing services to independent performers, who are active Patrons, including highlight reel editing, photo retouching, social media cover design, Instagram promos and more.

For active performers interested in more detailed information about this opportunity, click here: http://rebrand.ly/roachtv, and visit http://patreon.com/imkingroach to SUBSCRIBE now! For all questions and comments, send a DIRECT MESSAGE on Patreon.
Yours truly, along with West Coast based indie heel manager Buddy Sotello, have started a unique show, Wrestling & Everything Coast to Coast, where we have hour long interviews with unsung heroes of the wrestling industry. This week we spoke with noted referee Alfred Pasard, Jr. who survived being hospitalized with the Corona Virus., To view, click here:
https://youtu.be/xGDZD4uZTEE

— Here’s something new and different: a drive-in wrestling event. Saturday afternoon. June 20th, live from Willis Jones Memorial Park (corner of Asbury Ave & E Cape May Ave), Ocean Gate NJ. Titan Championship Wrestling Entertainment presents Drive In Brawl. It’s for a great cause as 100% of the proceeds benefit the Ocean Gate EMS Squad 31. Featuring the TCW Titans and Goddesses in action at this limited vehicle parking event. Parking begins at 4pm with bell time at 430pm. Admission is $60 per vehicle with a 22-vehicle maximum. For admission information, contact the Ocean Gate EMS at (732) 575-1112

That’ll about do it folks. Catch you next week for Wrestling- Then & Now.