By Evan Ginzberg, Associate Producer of The Wrestler and 350 Days

A lot on my mind once again this week on pro wrestling past and present, so let’s jump into this stream of consciousness thing I do for the distinguished Gorilla Position.

Fresh on my mind is Saturday night’s topnotch AEW Revolution PPV. Now, like all 2020 Pay Per Views, match quality did vary, but the tag team bout of The Young Bucks vs. Kenny Omega and Adam Page was a 30 minute plus five-star classic and I’m pretty much the very last guy to give out a five-star rating. It was THAT great. Ironically Omega vs. Okada for New Japan was probably the last match I deemed five star worthy as I’m jaded, going back to nearly a half century of watching wrestling and 46 years of seeing the best live around the world.
Anyway, I saw the event something like this:

The Dark Order-SoCal Uncensored Solid pre-show match 2 3/4*
Jake Hager Dustin Rhodes Good opener 3*
Darby Allin-Sammy Guevara- Two top young stars on the way up. Guevara has some Gino Hernandez in him, and Darby is unique and totally over. Felt a little rushed, though. 3 1/4*
Adam Page and Kenny Omega vs. The Young Bucks- 30-minute all-time great match. Best tag match I’ve seen in years. 5*
Nyla Rose-Kris Statlander Good and fine but in the death slot after tremendous tag match. 2 3/4*
MJF- Cody- Great match with heat. MJF may be best heel in the business, one of the few who can get old school heat and can WRESTLE. 4*
PAC- Orange Cassidy- Old school fans loathe Cassidy’s shtick but to me it’s just performance Art and amusing. I think with him less is more and this felt a bit long but the guy’s unique. 3*
Jon Moxley-Chris Jericho A bit overbooked for my tastes and didn’t touch MJF-Cody but Jericho’s always worth seeing and another rare heel today who gets the fans to hate him. 3 1/4*

On the subject of all-time great tag teams I rank The Young Bucks among them in spite of the nay-sayers who give the incredibly unfair “spot monkey” and “vanilla midget” label to anything AEW. Yours truly was blessed to be alive and attending during the golden era of tag team wrestling which peaked with the NWA in the 80’s. I’d see the NWA live in Philly, Baltimore and occasionally The Meadowlands in NJ and see – often on the VERY SAME SHOW- The Road Warriors, Ivan and Nikita Koloff, Tully Blanchard and Arn Anderson, The Rock & Roll Express, and in my opinion, the greatest team ever in the Midnight Express. The underrated Fantastics also come to mind, and Ric Rude/Manny Fernandez and Warlord-Barbarian were formidable as well. To see so many legendary combinations live was a pleasure that just can’t be re-created today.

Speaking of Arn Anderson he’ll be doing a seminar for Titan Championship Wrestling on Saturday March 28 from 1- 4pm at the Berkeley Little League 43 Moorage Ave. Bayville, NJ 08721 as part of a huge weekend Titan is having starting with an all-women’s show starring Nyla Rose on Friday March 27 and culminating in their Rise of the Titans show featuring JJ Dillon and Anderson March 28 all at the same venue. Details at: https://www.titan-championshipwrestling.com/. Also, of note on the indie scene, the legendary Kevin Sullivan makes a rare NYC indy appearance on New Evolution Wrestling’s big show this Saturday night at the hallowed Elks Lodge.

And I just want to put THIS out there for all the indie wrestlers who choose not to take advantage of such seminars when legends offer decades of knowledge in a single sitting. These events should be priority one and treated as your college. Forsake one day spent on your 137th high spot and come to sit at the feet of not only greatness but wisdom and experience. I hear time and time again that many seminars are not well attended and that’s a shame and missed opportunity for indy wrestlers looking to get to the next level. They are a chance to grow as a professional and learn the BUSINESS side of pro wrestling. Simply put, to not do so is penny wise and pound foolish.

Now the other side of coin as far as PPV’s recently was the WWE’s Super Showdown in Saudi. It’s not even worth the space here to fully review this meaningless pablum, as their two singles title matches were utter rip-offs. Imagine spending top dollar for a ticket to a PPV, and turning Lesnar vs. Ricochet into an Ernie Ladd vs. Lee Wong level 1976 TV squash match? Didn’t those fans deserve to see a back and forth battle instead of THIS atrocity? Speaking of which the supposedly invincible Fiend was beaten in quickie fashion by Goldberg as well. Didn’t the fans deserve at least ten minutes of action between TWO title bouts? It all felt like a money grab, which for all intents and purposes was all this show truly was.

Speaking of Ricochet getting squashed, for me it effectively neutered him. How can I ever look at him the same way after this? WWE has “this thing” where they feel wins and losses don’t matter, only they do. If they think a Dolph Ziggler can lose a zillion matches, sign a new contract and suddenly be looked at as a main-event guy rather than a mid-carder simply because they deem him worthy of a push again, they’re just wrong. And now Ricochet to me will never be a main-event PPV worthy guy again after looking like a little kid in there against Lesnar. He’d need a 7-star Wrestlemania match with AJ Styles for me to see him differently now and I’m a big fan of his. WWE make and break guys- too many bright stars end up becoming “just another guy on a card” with their booking philosophy.

One of the positives I’m seeing on the indies is that unlike present day WWE there’s a plethora of smooth-talking heel managers. Having grown up on such all-time greats as Captain Lou Albano, The Grand Wizard of Wrestling, Classy Freddie Blassie, Jim Cornette, Bobby Heenan, Gary Hart, Jimmy Hart and innumerable others it’s just something I’ve always appreciated and missed in recent decades. So, seeing veteran managers like Mr. Big, Vinny the Guido, AJ Pan out wreaking havoc all over the East Coast does my heart good. And then over at Titan Championship Wrestling, The Unstable is managed by Dr. Carl Martin, The Meadowlands Monster is managed by Zac Amico, and Waylon Kage is now managed by Jared Silberkleit who sports one of the best wardrobes and quickest tongues in the business. They all add to any show they’re on.

I was terribly saddened to hear the tragic news that Jeff “The Ref” Robinson of the Wrestling with The Future podcast passed away Saturday. Both he and Angelo DiSipio have been very supportive of my work and the wrestling community in general on their show. While so many podcasts overanalyze meaningless WWE TV these guys always got behind indies. “Here’s to you” Mr. Robinson.

A very, very different kind of podcast is Kings of The Ring, Wrestling’s First Audio Drama, a fictional retelling of the 80’s wrestling scene, written and produced like a cable TV drama. www.KingsOTR.com for more info.

Happy 70th birthday this week to Bob Johnson out of Calgary. Bob’s a radio host, historian, wrestling insider, and all-around good guy. Wrestling needs a thousand more just like him.

In the plug department: — Come meet JJ Dillon and Tommy Rich at Wrestle Con Wrestlemania weekend. Those who want to pay in advance for autographs and photos with the legends with beat the line privileges visit www.rivalrychampionshipwrestling.com for the details.
— And check out both #350Days starring Bret Hart, Superstar Graham and three dozen legends and Wrestling- Then & Now starring Killer Kowalski & Nikolai Volkoff both absolutely free on Amazon Prime. 350 Days is also available free on Tubi.

That should about do it this go round. Catch you soon. 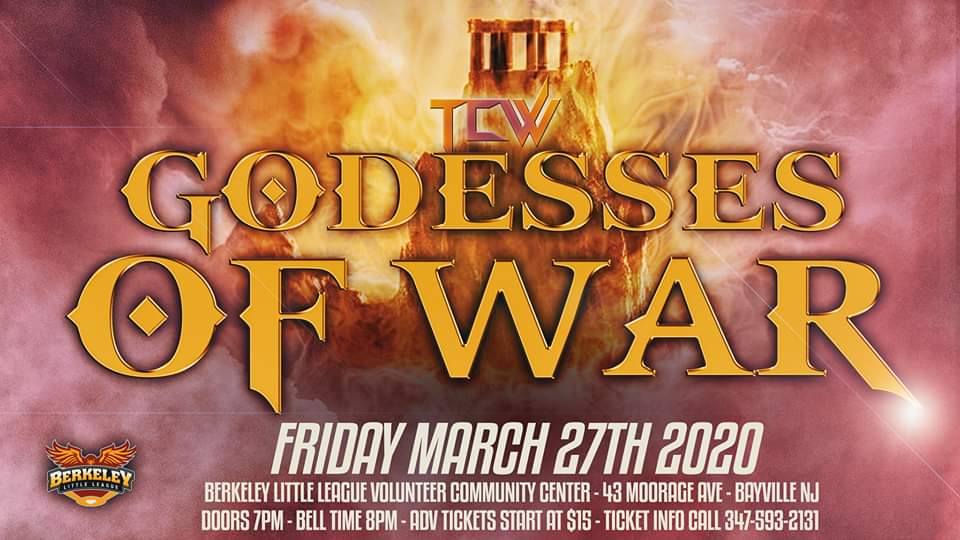