Raw embarks on its final major show prior to WrestleMania this Sunday as it presents the Elimination Chamber live from the T-Mobile Arena in Las Vegas. There are five confirmed matches on the card, plus the Raw contract signing for Ronda Rousey. Let’s take a look at each match and the signing: 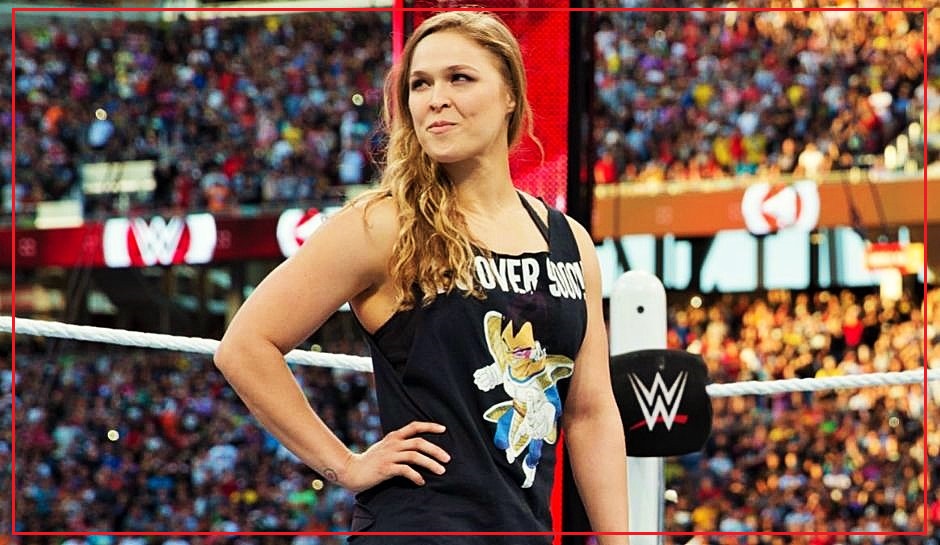 At Elimination Chamber, Rousey will officially sign her contract to join Raw. If history tells us anything, it’s that this signing will not go off unmolested. Someone will challenger her, and there will likely be a fight that breaks out. I still have no idea what she’s going to do at WrestleMania, but rest assured it will not be challenge for a title. I’m interested to see where they go with this. Many fans think that a feud with Stephanie McMahon makes the most sense, but that doesn’t really establish Rousey as the badass that the WWE wants her to be. It would also establish her as more of a babyface than a heel, which would be a huge mistake given her natural personality. I’m really not sure who Rousey will face first, but I imagine it will be an angry loser from earlier in the night. I know Paige is supposed to be retired, but the WWE has never confirmed this. Wouldn’t it be an excellent swerve if she were being held out for this? Probably not, but one can dream…

MATT HARDY vs BRAY WYATT
Bray Wyatt is the “Eater of Worlds;” Matt Hardy is “Woken.” Both gimmicks have been badly mismanaged by WWE’s creative team. What should be a protracted battle between two cosmic forces has turned into a cringe-inducing feud between two gimmicks that are only good if the WWE takes them farther than they seem willing to go. The best case scenario here is that Hardy’s Broken universe starts to reassemble around him, helping him to win, and this leads to the long-awaited emergence of Sister Abigail at WrestleMania. What I expect is a Hardy win in a fairly non-descript manner that bores us all even further and makes us all wish for what could have been. 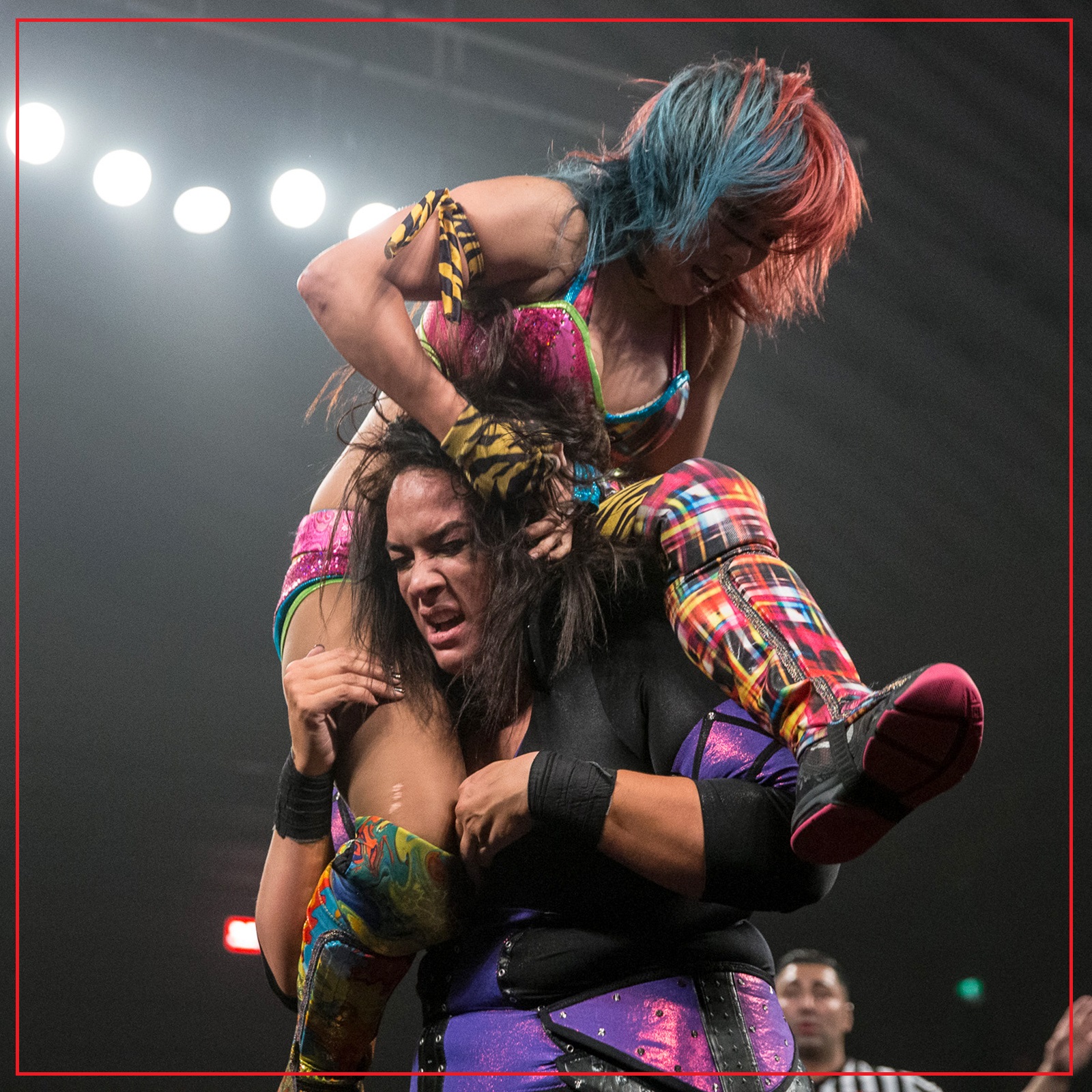 I don’t see much uncertainty here, so I will keep it short. The two go back and forth for a while, but Asuka picks up the victory. This is my lock of the night. After the match, expect Asuka to make her title challenge known…and expect it to be Charlotte Flair, not whoever the Raw women’s champion is at the end of the night. This would keep her and Rousey apart for a while and allow a slow build to the point where two undefeated monsters can finally meet in a huge payoff at a future WrestleMania.

THE BAR vs TITUS WORLDWIDE
This is another match without a lot of uncertainty about the ending. I think the chances of Titus and Apollo Crews taking the belts off of Sheamus and Cesaro are slimmer than Kate Moss in her heyday. We have seen Titus become rather frustrated with Apollo as of late, and after the incident on the Mixed Match Challenge this week, I can see the pair breaking up over a loss in this match. The Bar certainly wins, and TW either breaks apart or continues its march toward doing so in the near future.

WOMEN’S ELIMINATION CHAMBER
The first ever women’s elimination chamber sees Alexa Bliss put her title on the line against Mickie James, Sasha Banks, Bayley, Mandy Rose, and Sonya Deville. The women surpassed the men at the Rumble, but that’s probably not going to happen here. The collection of women in this cage do not have the same talent level as the Rumble carried, and the violence of this match simply lends itself to favor the men, though this match at least has the virtue of an uncertain finish. There are several ways I could see this match ending, but let’s start with how it will not: Bayley, Mandy, nor Sonya have any chance of winning the belt. And then there were three…. I can obviously see a way in which the champ, all five feet of fury, is able to survive and keep the strap around her waist. I would give this outcome a 45% chance of occurring. Banks has been getting a little push lately, and they have been setting her up for a heel turn. If the turn happens in the cage, as it certainly could, I can see her walking out as champ once again. I give Banks a 35% chance of regaining the title. The third scenario I see is one in which Mickie James, after assisting Bliss all night, turns on her and defeats her for the belt, adding a seventh title reign to her vaunted career. I give this outcome a 20% chance of occurring, but it may be my favorite as it sets up a great rematch for Wrestlemania, especially if Asuka challenges Charlotte, as I expect. 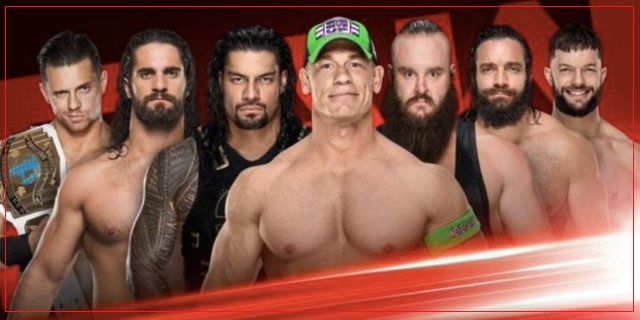 The men’s chamber match sports seven competitors this year: Finn Balor, Seth Rollins, Braun Strowman, Roman Reigns, the Miz, John Cena, and Elias. I think the outcome here is a foregone conclusion: Braun Strowman WILL win, and he will challenge Brock Lesnar at WrestleMania. I give this finish a 99.9% chance of happening. The only point of interest is whether the WWE decides to taunt fans with a possible Reigns win or a possible Cena win before allowing Braun to finish the last competitor.
Let me know your predictions in the comments section.