It is time for the final pay-per-view before WrestleMania, and SmackDown has the good fortune of not exactly having to follow a barnburner from Raw two weeks ago. Unfortunately, the blue brand doesn’t exactly have an alluring lineup scheduled for this event. How did the Road to WrestleMania get so disappointing? Well, let’s preview the matches that are scheduled.

BECKY LYNCH & NAOMI vs CARMELLA & NATALYA
This match has had nearly no build-up and seems a last-minute addition to the event, possibly because creative simply couldn’t figure out how to write enough captivating storylines to fill three hours. It’s almost like they were so focused on the title feud(s) that they forgot to fill out the card, and that is sad, especially this time of year. Judging from Becky’s seeming invincibility in recent months and Carmella’s inability to win much of anything since Money in the Bank, I’ll pick Becky and Naomi to win this match, but I am only about 55% sure of the outcome. 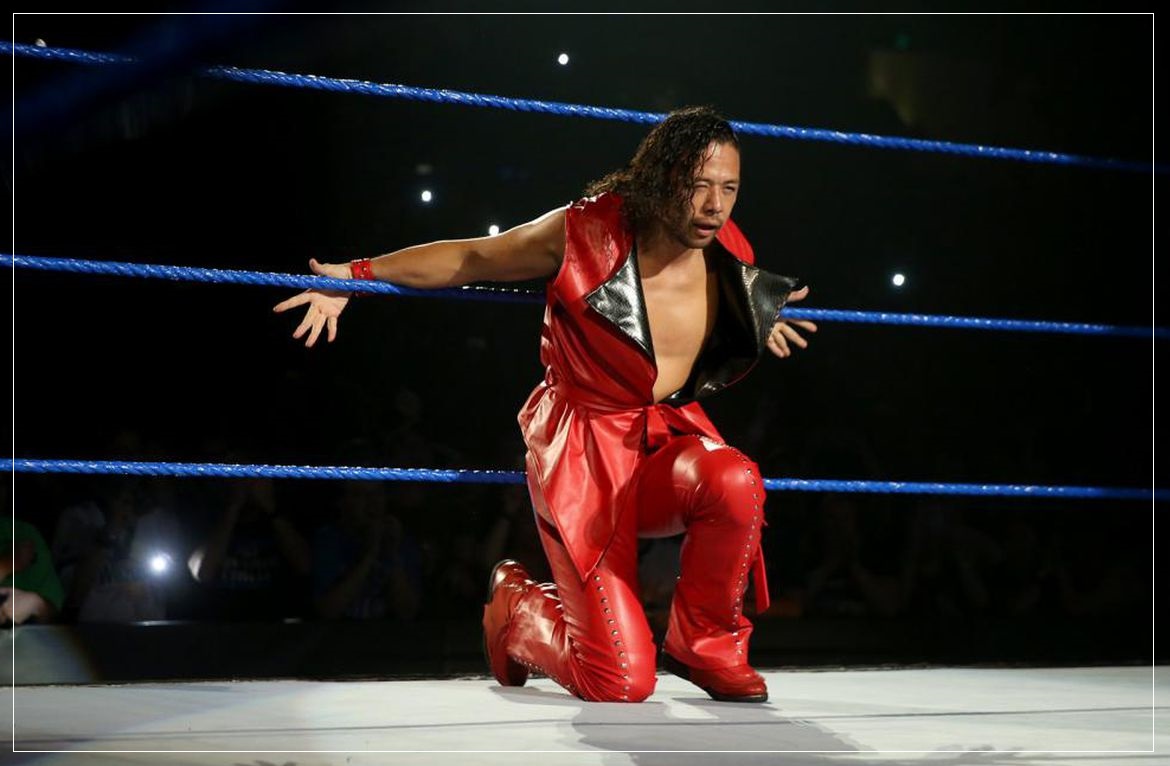 This is another match that has been weakly set up, though not as weakly as the previous match. The purpose of the match will be to give Rusev a platform to show off his skills against a top-notch opponent, but there is no way the winner of the Royal Rumble loses this match on his march to the title challenge at WrestleMania. Nakamura wins this, 99% certainty.

CHARLOTTE FLAIR vs RUBY RIOT
This is the first match of the night with any real reason for existence, though I have been underwhelmed by the build for this one, as well. The Riot Squad has been an invasive force without much bite to its bark. It seems to me that if you are going to create such an invasive force, you need to make it powerful. Instead, this group seems to have a leader that wins about half her matches, at best, and two other members that can barely claim a singles win at all since moving to the main roster. On top of that, the Riot Squad wins a small percentage of its matches as a group. It’s enough to make one wonder what the point of their invasion was to begin with, but it has now led to this match. It is difficult to see a scenario that ends with Riot holding aloft the SmackDown Women’s Title, so chances are about 90% that Charlotte wins the match. The other 10% I give, not to Riot, but to Carmella possibly coming down to cash in her MITB contract and become champion before the match ends. Barring that scenario, be on the lookout for a possible title challenge being issued after Charlotte’s win by Asuka, the winner of the women’s Rumble, who has yet to directly issue a title challenge. Given that Charlotte seems to have no plausible storyline for defending her title at WrestleMania against anyone currently on the SD roster, this seems a high possibility, either Sunday night or Tuesday.

THE USOS vs THE NEW DAY 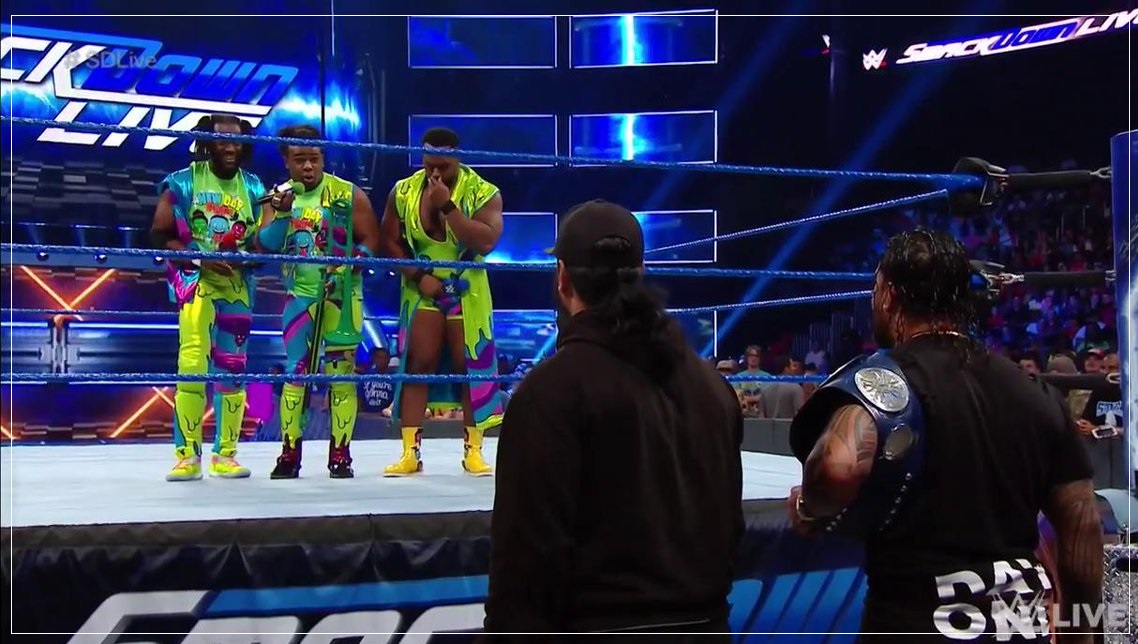 This has become a long-running feud mainly because the SmackDown tag division lacks many realistic title competitors. The Usos have really leveraged their current gimmick into true entertainment, something they failed to do with their previous babyface personas. The New Day is a perennial fan favorite, but their cache has been lower in recent months, seeming more a sideshow than true title contenders. It would appear the Bludgeon Brothers are being set up for a title challenge at WrestleMania, and I think the best match right now is between them and the Usos, so I will give the Usos a 60% chance of retaining their SmackDown Tag Titles on Sunday.

BOBBY ROODE vs RANDY ORTON
Roode’s ascension to be United States Champion was deserved, and he has the ability to keep that belt in the spotlight, though I would have liked to see Ziggler keep the belt for a while and make a run with it. That said, this match started off with a questionable storyline as Orton is supposedly upset over his and Roode’s respective placements in the new SmackDown Live poll. The poll has generated almost zero interest or legitimacy among fans, so this storyline fell a little flat. They were able to shore it up a little by pointing out that the US belt is the one strap that has thus far eluded the Viper, and that gives the match a little meaning and uncertainty as to the finish. I think we are going to get a Triple Threat match at Mania between these two and Jinder Mahal regardless of the outcome of this match. The better storyline is to make the champ strong by handing him a win over Orton, though I certainly wouldn’t put it past creative to give the belt to Randy so he can say he won them all. I also don’t overlook a finish where the match is thrown out due to Mahal interfering and beating up both competitors. I give it a 40% chance of Roode retaining, 40% of Orton taking the belt, and 20% of Mahal interfering in such a way as to have the match thrown out without a clear winner. 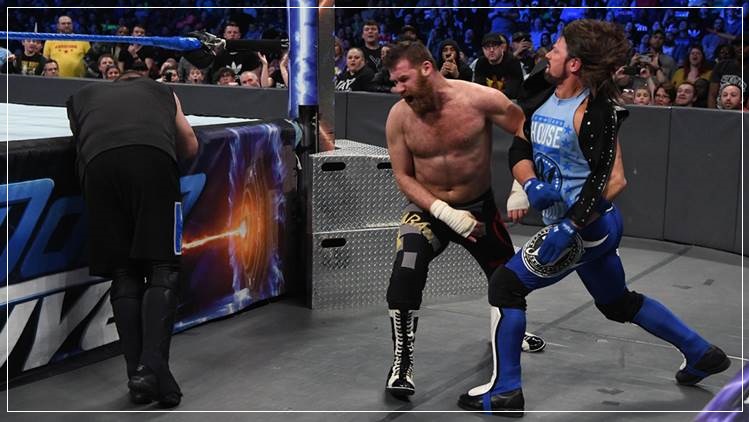 This Six-Pack Challenge match will see most of the roster converge in one ring to challenge for the WWE Championship. Owens and Zayn seem headed for a collision course at WrestleMania, and I would not be surprised if Ziggler and Corbin renewed their rivalry there as well. There are only two possible winners to this match, I think, and it is sad that I have to consider Cena as a real possibility. After all, the fans crave the Styles vs. Nakamura title match at Mania; they have since the two first appeared in WWE over two years ago. Surely the WWE cannot be so ham-handed as to flub this, right? I’d love to tell you that they will not, but I only need to point to the disaster that was the Elimination Chamber main event to show you how possible it really is. The smart money is on AJ to retain and set up the fans’ dream match in the main event of WrestleMania, but there is this nagging voice in the back of my head telling me that Vince wants to put that belt on Cena for the 17th time and get him in that main event. That voice tells me that Vince thinks everyone loves Cena as much as he does and would prefer the Triple Threat between him, Styles, and Nakamura to a one-on-one bout between Shinsuke and AJ. I know this is wrong, and you know this is wrong, but does Vince? I give AJ an 80% chance to retain and Cena a 20% chance to win.

Enjoy this final event on the Road to Wrestlemania, and let’s all hope creative comes up with a much better lineup for the big show next month.