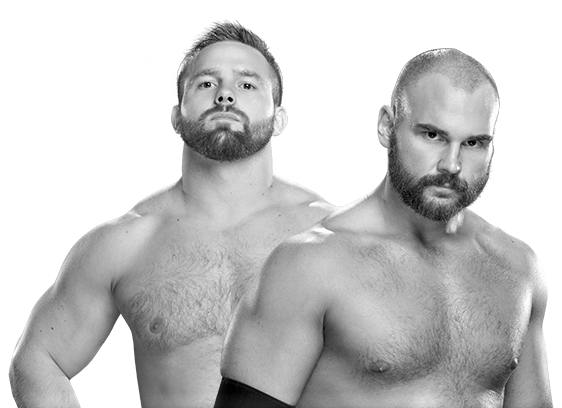 On this week’s edition of WWE’s flagship television program, Monday Night Raw, viewers were treated to a segment in which the tag team The Usos, theoretically the good guys, revealed that they had invented “Ucy Hot,” their own sweat-activated version of Icy Hot, and secretly deployed it to the trunks of their rivals, The Revival.

If you think you can see where this is going, congratulations on being right. Shortly after The Revival got under the hot TV lights, both team members, Scott Dawson and Dash Wilder, started Keystone Kop-ing it up as if their uh personal regions were on fire. When The Usos sportingly offered them bottled water, both Dash and Dawson poured it down their trunks, not understanding that this would only make the burning worse and that their rivals had just been offering them drinks. This came a week after The Usos snuck up on The Revival in the shower and recorded them shaving each other’s backs. That gag might have signified any number of things, but it was clearly supposed to be a terrible indictment despite the fact that this is a sport where everyone shaves their backs.

If you’re thinking “this sounds much stupider than the norm even for WWE,” it’s worth remembering that while that is true, it’s also much pettier. The Revival want out of WWE, you see, and as soon as humanly possible. The startup All Elite Wrestling promotion is an obvious destination for the duo, which has long hinted on Twitter at a feud with The Young Bucks… Read the Full Story HERE