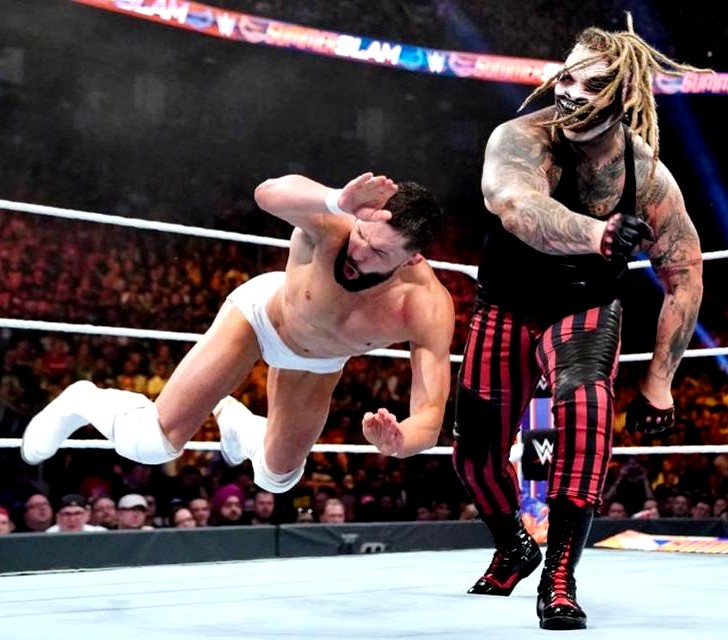 Bray Wyatt was just moved to SmackDown during this week’s WWE Draft and seemed to be solidified as one of WWE’s top heels, but the company’s ultimate goal with Wyatt may be to make him a bona fide fan favorite.

According to Paul Davis of WrestlingNews.co, WWE is well aware of the strong babyface reactions “The Fiend” is generating and the likelihood that he will have to turn babyface at some point:

“I’m told that there are a lot of creative things coming for the character in the coming months and Vince McMahon is on board with his ideas. If all goes according to plan, Wyatt will continue as one of the biggest (if not the biggest) heels in the company and at some point (it could be years from now) he’ll turn into one of (if not the biggest) babyfaces in the company. People in WWE are aware of the babyface reactions he is getting right now but I’m told there are no plans for him to turn right now. The idea is to continue to protect him and not have him lose clean.” — Paul Davis of WrestlingNews

With the way Wyatt has been booked since returning to WWE TV just a few months ago, there is little doubt that he is supposed to be a villain in the truest since of the word. But as we’ve seen countless times in the past when stars are so good at being bad, it’s almost guaranteed that WWE will be forced to listen to the crowd and turn Wyatt, a stellar heel, into a babyface as crowd support for the popular star … Read More HERE