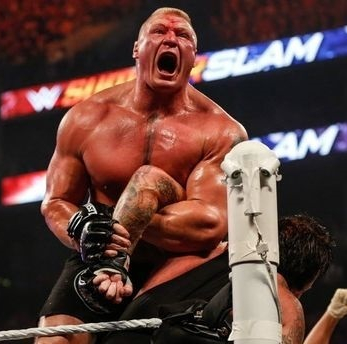 WWE may be making some blockbuster changes in the 2019 draft, after all.

A number of WWE advertisements have hinted at the future home of many of the company’s biggest stars following the first draft it has hosted since 2016. Let’s start with SmackDown, which appears to be on the verge of a huge coup that will see the blue brand land a handful of the company’s biggest stars. An advertisement for the November 15 SmackDown taping is promoting a “face-to-face” between Kofi Kingston and Brock Lesnar, suggesting that the new WWE Champion is probably going to become a full-fledged member of SmackDown for the first time in 15 years. More advertisements for future SmackDown shows also point at Lesnar moving to the blue brand for the long haul, which seems like a no-brainer, given his WWE title win.

Expected to join Lesnar is Becky Lynch, who is also advertised to appear at that SmackDown taping despite retaining the Raw Women’s Championship against Sasha Banks at Hell in a Cell. Even though “The Man” is still holding a Raw title, there have been plenty of indications she’s SmackDown bound, a move that WWE has telegraphed for a while now as Lynch has been a centerpiece of WWE’s promotion of SmackDown’s move to FOX. Although there is no definitive word as to whether or not this is the case, it stands to reason that Lynch’s likely move to SmackDown would result in Seth Rollins–who, like Lynch, has also been featured heavily in SmackDown advertisements–jumping ship as well… Read More HERE