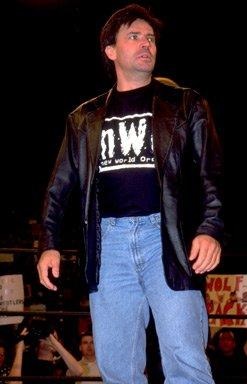 On Thursday, Sports Illustrated broke an “exclusive” story about a shift in WWE’s upper management. Effective immediately, the storied wrestling figures Paul Heyman and Eric Bischoff will take on the roles of Executive Directors for Raw and SmackDown Live, respectively.

Though the report notably does not state that CEO Vince McMahon will take a step back from his day-to-day role as the final decision maker for all WWE programming, the addition of two legendary wrestling minds to the promotion’s creative roster feels seismic, particularly as the company has been struggling with ratings and live attendance in recent months.

For wrestling fans, those two names carry literal decades of weight. Heyman was the mastermind of Extreme Championship Wrestling in the late 1990s, which was the third party in the Monday Night Wars between the then-WWF and World Championship Wrestling. Bischoff was the creative force behind WCW during the Attitude Era, and the architect of one of the most successful gimmicks of all time: the New World Order.

McMahon, Heyman, and Bischoff were the most important non-wrestlers of the late 1990s, but even that statement might understate the impact they made on that period. That said, the two men have another noteworthy thing in common: Heyman and Bischoff both ran… Read More HERE