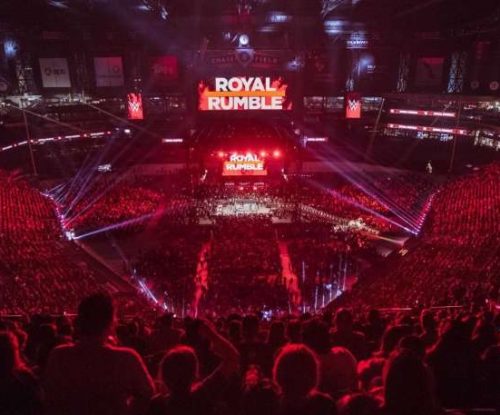 It appears WWE is sticking with big stadium locations for the Royal Rumble.

Minute Maid Park in Houston, Texas, has been home to concerts, boxing and even a fishing tournament. And since 2000, it’s been home to the Houston Astros. But in 2020, it’ll get to host something it never has before — the WWE Royal Rumble.

The 30-man, and now 30-woman, over-the-the-top battle royal event, one of the biggest on the WWE calendar, will head to Houston for the first time since 1989. It was held at the venue formerly known as The Summit. While it’s now home to Joel Osteen and the Central Campus of Lakewood Church, The Summit was host to just the second-ever Royal Rumble event.

Back in 1989, the landscape was of course very different. The sports-entertainment giant was then known as the World Wrestling Federation, and superstars such as Hulk Hogan, The Ultimate Warrior and “Macho Man” Randy Savage reigned supreme … Read the Full Story HERE