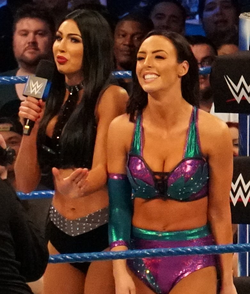 Ever since the heyday of Attitude Era characters like D-Generation X and “Stone Cold” Steve Austin, villains in professional wrestling have had to try incredibly hard to be booed rather than turn into cool heels fans cheer.

This rise of the antihero happened all throughout pop culture in the 1990’s and carries on to this day. Fans can’t help but to chant “Adam Cole BAYBAY,” support The Undisputed Era and give Randy Orton the biggest reaction of the night with an RKO out of nowhere.

But there are still heels who do their jobs well enough or just have that certain edge to their personalities that fans willingly suspend their disbelief, go with the show and can’t help but to boo.

With the rosters freshly moved around following the recent Superstar Shake-up, let’s take a look at the current crop of heels the WWE Universe loves to hate … Read the Full Story HERE