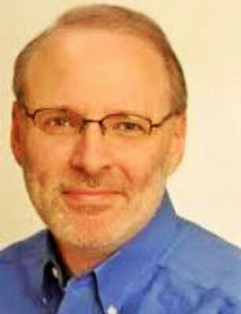 After years of calling the action of some of wrestling’s wildest characters, former WCW announcer Chris Cruise has a much quieter connection to the sport these days.

On April 19th and 26th, Cruise will conduct a two-part course at the Community College of Alleghany County that will discuss the life of WWE Hall of Famer and Pittsburgh hero, Bruno Sammartino, and also how it relates to the history of the city.

Cruise says that as a longtime admirer of the former champion, it’s an honor to teach about Sammartino’s legacy.

“I thought Bruno was an important figure in history- in a lot of ways outside of just wrestling” said Cruise, now a broadcaster for the WestWood One Network. “The school then acknowledged that this is a person who was well-known and important to Pittsburgh, also.”

Cruise says one of the challenges to laying out the subject matter was how to condense the massive accomplishments of the former WWWF World Champion into just a two-day lecture. As a sportsman in every sense of the word, Sammartino found much success beyond just the ring.

“(Sammartino) is obviously a figure who is well-known and revered in Pittsburgh and respected all over the world,” Cruise commented. “But , his story is all-encompassing. It’s a story of the changes that we saw as a country through those times, as well.”

Cruise said that Sammartino’s run at the top of the wrestling world coincided with many historical points in American history, as well.

“His story is a story of the end of World War II and the European recovery, and also of the great impact that war refugees had on this country in the 50?s. Then, when you go through the 60?s and 70?s, Bruno is right there through all of that, too.”
Sammartino was born in Italy in 1935 and emigrated to the U.S. in 1950. His family hid in the mountains away from his village during the Nazi occupation. He would go on to become known as the world’s strongest man and later a two-time World Wide Wrestling Federation Heavyweight Champion, holding the title for more than 11 years over the course of two reigns.

As the wrestling kingpin of Madison Square Garden and New York, Sammartino quickly established himself alongside mainstream sports stars of the era. He walked the walk of a champion, conducting himself in public accordingly.

“Every three or four weeks, people could go to the Garden and see Bruno beat the bad guy,” said Cruise. “There was moral clarity there, and he gave people a hero to believe in when he was in the ring.”

“At the same time, he was always free of scandal, and he always represented himself well in public. He wore a suit when he appeared anywhere, and he drove a luxury car because he wanted everyone to know that the wrestlers made good money… just like other pro athletes at the time.”

“He was probably the best spokesman professional wrestling could have had at the time.”

Sammartino personally gave Cruise his blessing to conduct the class and has been invited to attend, as well. The campus is only 15 minutes Bruno’s home, but he hasn’t confirmed yet on if he will be able to attend.

“I thought at first that he would say no about the course,” Cruise said. “Bruno is certainly not an arrogant man, and doesn’t necessarily try to bring a lot of attention on himself. But, he was pretty good about it.”

For Cruise, teaching the class will be a labor of love.

“I’ve been a fan of wrestling since I was nine years old,” he said, pointing out that Sammartino was his wrestling hero. “I highly recommend getting to know your childhood idol, because it’s been a tremendous highlight of my life.”

Sammartino certainly had an impact on not only him, but an entire generation of wide-eyed fans. Which is why, Cruise says, it’s important to pass that appreciation on to others.

“I’d like to see it become a yearly tradition,” he stated. “And, I’d gladly come back every year to do it, because I’m still almost still in shock that I get the privilege.”

“Every now and then, I have to step back and think about the fact that I’m talking to Bruno Sammartino. It’s amazing to me, and quite frankly his life has been amazing. That’s what I hope people take away from this course.”