There’s a certain freedom that comes with defying gravity. It’s a dance between ego and earth, that is only amplified by the altitude.

Impact Wrestling X-Division Champion Matt Sydal, knows that feeling rather well, the one that comes with the pure unbridling of nature’s forces. He’s also experienced the intense power that lies in the ability to do things that normally defy the laws of physics.

In every sense of the phrase, Sydal has earned a living by re-writing the rules of wrestling’s ups and downs.

In a recent interview with TheGorillaPosition.com, The Master of The Shooting Star Press appears to have found his own Xanadu within the industry today, even if he can’t always explain the gravity of it all to others. Like a rolling stone, he just keeps on going.

“The whole philosophy behind what I do is kind of hard to describe, sometimes, because there really isn’t a language for it.” Sydal said. “It’s just kind of a universal language.”

He explained that he’s melded together a theory that has been based on his own trial-and-error, as well as many lessons he’s learned through travels and training. After a career that has seen him shoot straight to the top in WWE, before departing for international success, the 18-year veteran has gone on the type of vision quest that few in the industry have experienced.

“Go anywhere in the world, and we basically speak the same language. We all speak wrestling. I think there’s essentially that universal dialogue that you can create. That language that when you flatten it all out, you see that we’re all part of the same process. That’s a philosophy that I think is not just me. You can see it spreading throughout wrestling today.” 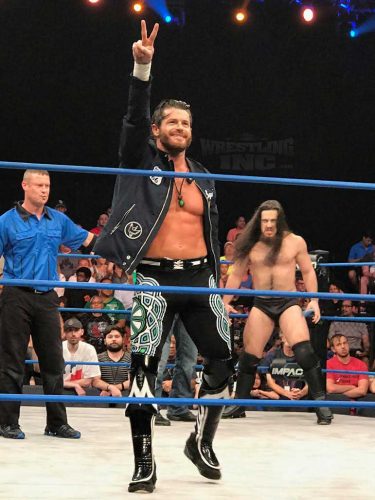 Because of that perspective, he says that he’s able to see the industry from a different angle. For the journeyman philosopher, it’s not as much a performance, as it is about the environment and creating a shared event.

“When you do well, I do well. When you’re happy, I’m happy.” Sydal explained. “And it’s just that kind of perspective that I’m trying to rain down.”

“As an athlete, you win a lot of accolades. But I think the best accolade you can have is as a human being, and doing something good for your fellow human beings.’

“For me, I see wrestling a lot differently than a lot of other people,” he continued. “I value the idea of everyone coming out, sharing an experience together, maybe taking some photos, and having a good time. More so than assigning a value to the in-ring action, because I assign more value to everyone’s interpersonal experience.”

Even still, as far as his in-ring performance is concerned, his vision couldn’t be any clearer. After dispatching of Petey Williams at Redemption, the X-Division champ has settled in comfortably and also looks to have even more influence on the company going forward.

Sydal recently cut ties with his onscreen ‘guru’, announcer Josh Mathews, and successfully defended the belt against Taiji Ishimori on the most recent edition of Impact on Pop. He said that Ishimori is an example of several terrific, international challengers that Impact is now bringing into the fold.

“Ishimori definitely deserves a rematch,” Sydal said after his victory. “He proves, time and time again, that he’s one of the best guys that Japan has to offer.”

“As the X-Division champion, I love to have a challenger push me to the limits, and he did, because he’s one of the best performers in the world. I love being in the ring with someone like that, because they bring out the best in me.”

Sydal has certainly had his fair share of experiences to build from. Reaching the WWE at the tender age of 25, he was re-christened Evan Bourne and achieved tag team success with Kofi Kingston.

A few missteps and some bad luck later, and Sydal was out of the company, back on the Indy scene as a ‘name veteran’. At the time, some critics questioned his decision making, and maybe even his business savvy. Like many real-life shooting stars, perhaps he had burned out just as quickly as he sparked.

But for the aerial artist, every new road is a new beginning. It’s a belief that even transcends Sydal’s yoga-based character from Impact on Pop. It actually permeates his philosophy in life, as well. He’s not only a practitioner physically, he’s also at peace with the universe in a somewhat, spiritual sense. 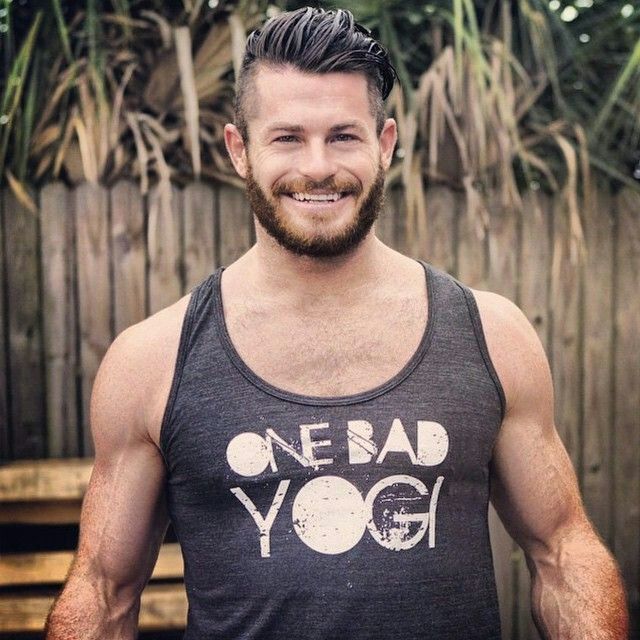 “If someone criticizes me, I take it in; If someone praises me, I take it in,” he said.”I filter it through my little system. Maybe it will catch something where I’m a little sensitive. Maybe not. But, I’ll just let it go eventually. I’m not the type of person who wants to dwell on those kinds of things.”

In that same vein, he says he never goes back and watches his old matches.

“I lived it, so I don’t have to go back and re-watch them now,” he said. “I know everyone sees everything from a different perspective. But for me, it’s like this: When every match means the world to you, and you put everything into every match, then it doesn’t matter which one. If you go out there with all your passion, then they’re all special. It doesn’t matter when, or where.”

“So when people remember a match that I wrestled a long time ago, its an honor, because I put my heart and soul into it.”

“But if they don’t, if I wrestle a match and put my heart and soul into it, and they forget about it. It’s fine. It’s beautiful. It’s fine, because it’s just wrestling.”

One thing that remains unquestioned is his dedication to fitness. For years, he’s been known to be one of the most finely-conditioned athletes in the sport, and he says he’s always searching for new ways to maintain that edge.

“You have to be able to do extraordinarily inhuman things. And today, that demand is only growing.”

“So, discipline in that regard,  translates to nutrition and training. And I’m always learning. I never believe that I always have the way, so I’m always looking to learn more. I dislocated my left shoulder in July of last year, and I have a neck injury that I’m working through. So, the thing is, it’s a game of perseverance.”

He’s also passing along some of that knowledge to the future of the industry.

“I run the WWN training school in Largo, Florida, so I like to put on my boots and put a little stomping on people during the week,” he joked. “Seriously, I get so much more out of that experience, than looking back on anything from before. I learn a lot by teaching, and I love teaching the dojo-style that I learned, but with some of my own variations and knowledge that I have acquired and added in.”

“There’s a refined way to do things, a precision, and I get to share that, so that’s really exciting.” 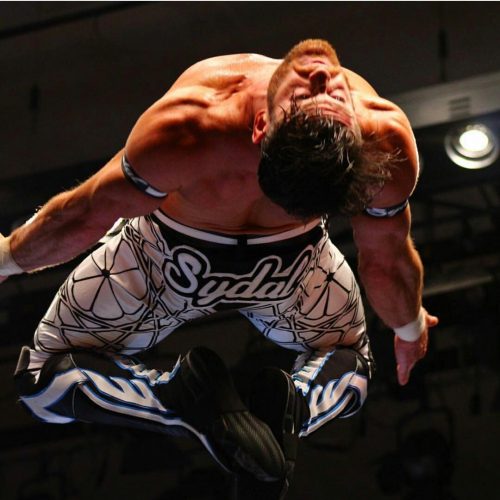 In essence, he has come full circle, from performing, to training, to teaching. Considering it all, it appears he’s really comfortable with just being Matt Sydal.

It’s a self-awareness that generations of philosophers seek. Yet it seems to be compartmentalized in – of all places – a professional wrestler. And one who continues to hurdle toward the future, even after nearly two decades spent high above the ring.

Sydal lives in the moment, He lives in the RIGHT NOW... Just like the seconds he spends suspended in mid-air.

“For me, its not about leaving a fingerprint behind, Im just trying to do something today. Not yesterday, or even tomorrow. It’s not about how its going to be looked at when it’s in the past. It’s about doing the best I can for now.”

“I love going out, and just losing myself in wrestling matches, but I love losing myself in other things, too. And I think it’s that kind of perspective that helps keep me focused on today, and about giving everything I can to what I love today.”

“Yeah. I’m playing the game, but I’m playing lots of games. There’s a lot going on in this world, and to just have a narrow focus… if you eat, sleep, and breathe one thing, then I think you miss out on the proportionality of everything.” 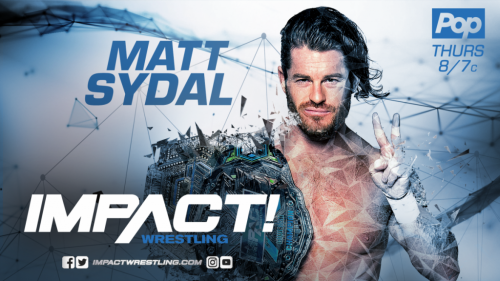 CHECK OUT MATT SYDAL AND IMPACT WRESTLING ON YOUTUBE 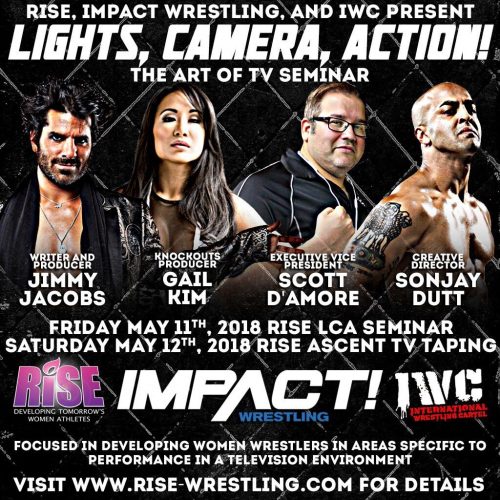 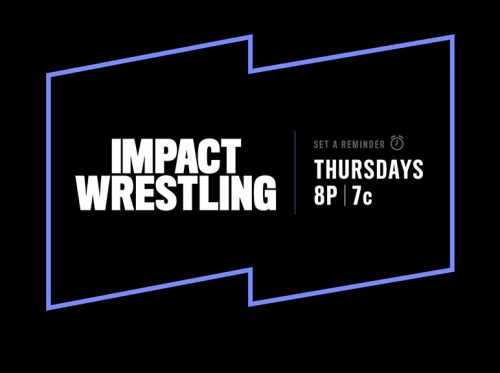